The young male Cooper's Hawk that I saw in my backyard (see my post on 11-26-2010) on Friday was seen again on Saturday. The light was much better, so I got some shots of him. I had to restock the feeders, which was right in his line of fire, but did it in a way so as not to alarm him and he stayed put. I wonder what would happen if the adult female Cooper's Hawk shows up, since she also likes to hunt from that spot. Last year, I had a young female Sharp-shinned Hawk that used to come into the garden when I restocked the feeders as if daring the birds to go for food. That Sharpie was often times ridiculously close. Many times I was without a camera, but I was content to just observe her and appreciate what was a special moment. Maybe, she will return or she has already and I have not seen her. Hope you enjoy these photos. 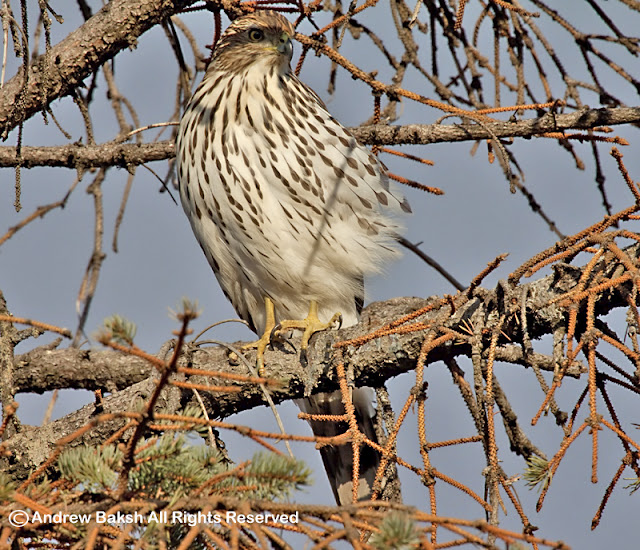 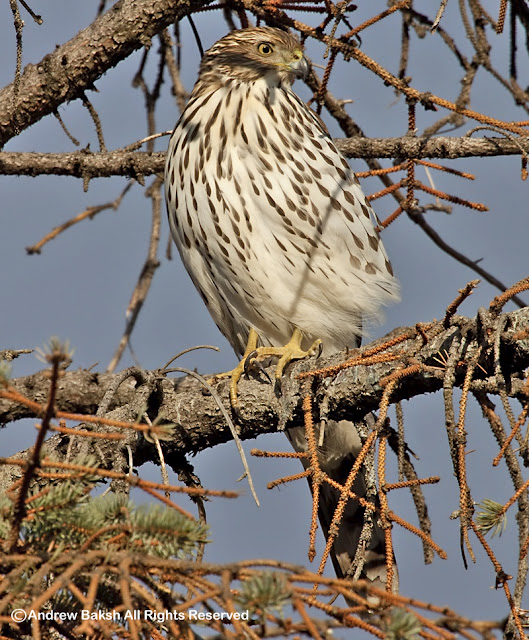 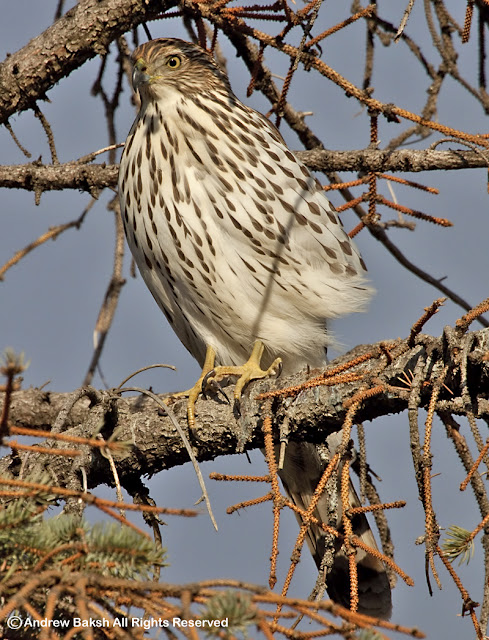 Posted by BIRDINGDUDE at 6:03 AM

Those are great photos. I get a Sharp Shinned hawk going after our feeder birds sometimes but he flies so fast, I haven't been able to photograph him.

Handsome windblown Sharpie! Lucky you for that unique photo opportunity!

What a nice Cooper you have.
Real sharp colors, just
greeeeat!