Shorebird season is just around the corner, so keep checking the blog for shorebird identification tips, quizzes and of course photos.  Today's photo is a breeding plumage Dunlin. Quite a good looking bird, don't you agree? 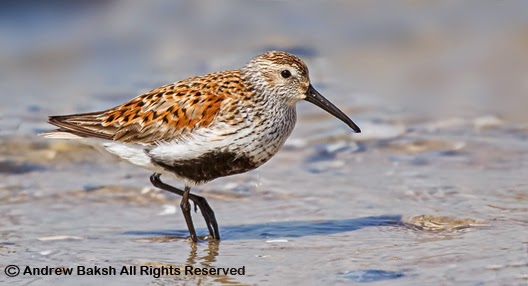 Posted by BIRDINGDUDE at 8:40 PM 0 comments

but for how much longer, given its current state? Yesterday, Brooklyn birder, Sean Sime, found an adult White-faced Ibis (Plegadis chihi) at Jamaica Bay Wildlife Refuge in Queens County New York. I tried for it but despite a few hours of searching, came up negative. While searching for the Ibis, Sean and I spent some time enjoying the other birds at the Bay. Some notables included, Tri-colored Heron, Gull-billed Terns and Green Heron. We both discussed the damage to the West Pond and rued about the lack of urgency to fix the breach.

Today, I returned to the site and re-found the bird with Ann Lazarus, Louis Fraza, Isabel Conte, Kathy Drake and Edith Goren. We enjoyed looks at the White-faced Ibis until it flew off, presumably towards the marsh area near the south gardens. While observing the WFIB, I wondered how many other areas in NYC could boast the good possibility of having a WFIB showing up. Probably none!


Jamaica Bay Wildlife Refuge remains the only reliable place in NYC where a bird like White-faced Ibis could show up and this is just one of the many rarities that the Refuge is known for. Hence, the importance to save and restore the West Pond. Too often, I hear about "what was" and "what if." How about WE CAN and WE WILL. The online petition is just one way to let National Park Service know that the West Pond is too precious a resource to allow further degradation. If you have not yet signed, please consider doing so and encourage others as well. Otherwise, we may not have a place to view specialties such as White-faced Ibis in the near future.

Posted by BIRDINGDUDE at 12:32 PM 1 comments 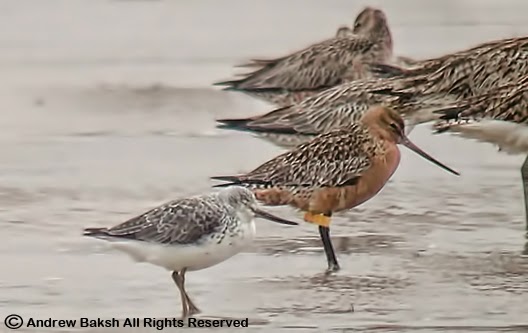 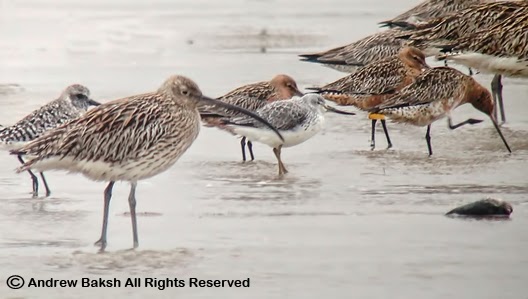 Posted by BIRDINGDUDE at 3:25 PM 1 comments

In addition to the many shorebirds, that I saw in China. I also had a chance to get in some passerine birding. Not as much as I would have liked since shorebirding took up most of my time, but I got in a little bit here and there. As I get my photos together (lots to sort through), I will post a few now and again to showcase some of the different species of birds I saw. This one is a Chestnut Bunting (Emberiza rutila), which showed for a short bit and then was gone into the bushes not to be seen again. Observed in Lianyungang in Jiangsu province. 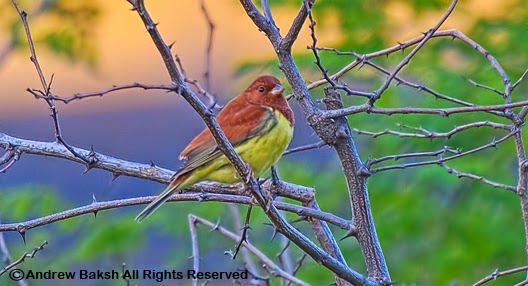 Posted by BIRDINGDUDE at 10:51 AM 0 comments

My dear faithful readers, instead of "Wordless Wednesday", I chose instead to post a teaser image of one of the many great birds that I was lucky enough to see in almost 2 months spent in China. During my visit, I banded shorebirds and participated in Spoonbill Sandpiper (Eurynorhynchus pygmeus) research. This digiscoped image, is one of the many Spoonbill Sandpipers that I was lucky to see. The plumage of this bird is a code 7, which is considered to be beyond 75% towards full breeding plumage. I will have many more images and stories to tell of my journey to the East, which included lots of traveling and hard work. Thank you all for keeping the faith in checking the blog for updates. Lots more to come! 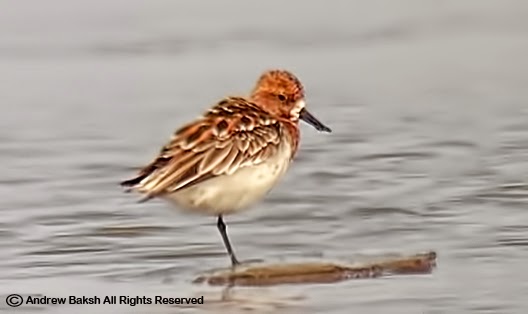 Posted by BIRDINGDUDE at 11:56 AM 3 comments