This, is one of those species we could expect not to see if development takes place at the Floyd Bennett Field Grasslands.  The only remaining grasslands of its size in Brooklyn NY. 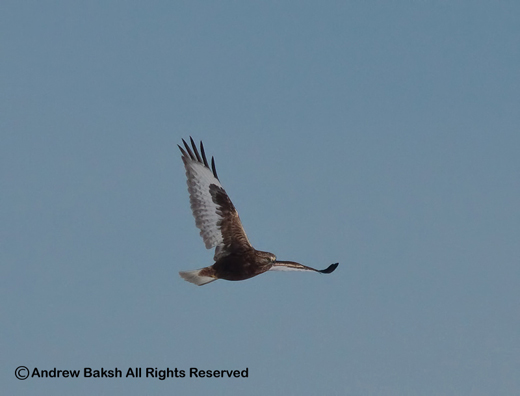 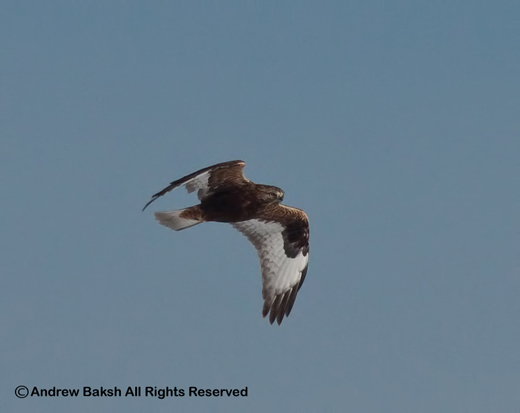 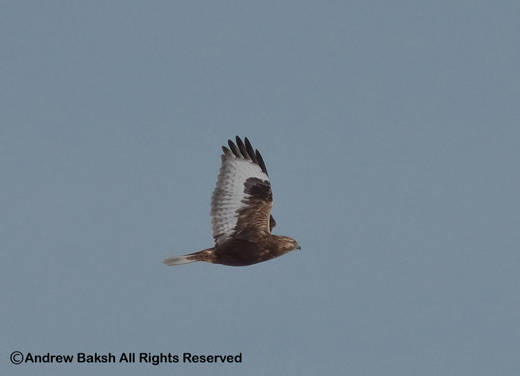 Posted by BIRDINGDUDE at 6:57 PM 2 comments 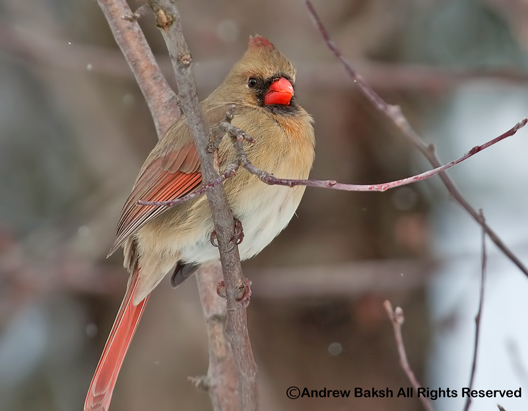 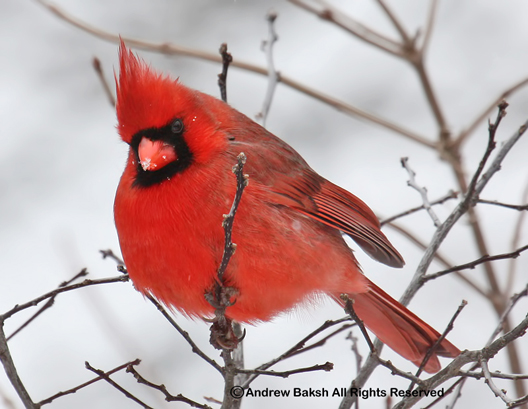 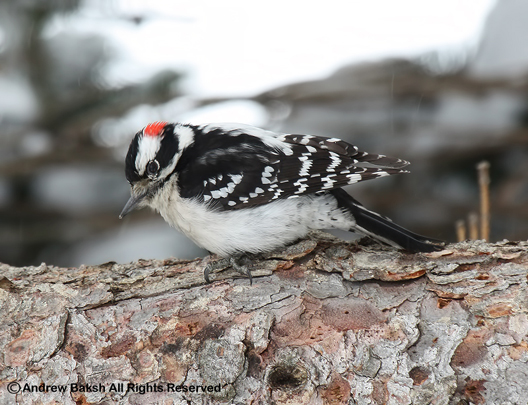 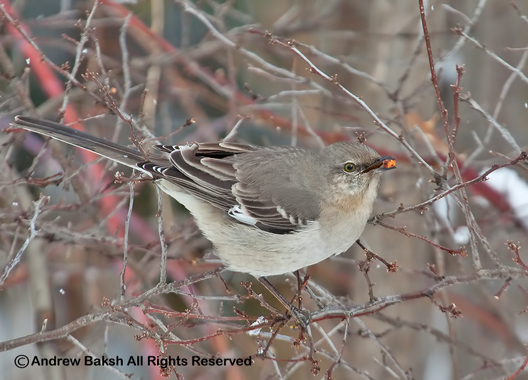 Posted by BIRDINGDUDE at 9:45 AM 9 comments

Following the Montauk CBC, the next day, December 19th, it was another early rise for the Captree Christmas Bird Count. As part of my assignment, I had to get to the Seatuck National Wildlife Refuge on LI for a couple of target birds. By 6:35 a.m. I had picked up both, Virginia Rail and Eastern Screech Owls. As a bonus, I added a Great Horned Owl and a Black Crowned-night Heron.  After picking up the target birds, I met up with the folks who were going to bird in our assigned territory. My partner for the day happened to be, Joan Quinlan, you may remember Joan from previous birding escapades.  I was happy that Joan and I were teaming up because we had birded before and that was a plus.  Before meeting with Joan, a few us took the trail at Scully's and birded the loop that took us out to one section of the marsh.  We picked up a few birds, with the best being a Belted Kingfisher.  Once back at the visitor's center at Scully, we checked out the feeders, picking up a few additional birds then we convened with the team and reviewed assignments.

The entire group then walked over to the Seatuck National Wildlife Refuge also known as Seatuck Estates and split up into two groups.  My group consisted of Joan, Steve Terr and I.  We got right to it, doing our ground and pound going off trail and poking around anywhere we thought birds could be found.  Steve was kept quite busy jotting notes as Joan and I began rattling off species as fast as we spotted them.  Joan and I continued pounding the area with Steve becoming concerned about us not meeting back with the group, which puzzled Joan and I since no time table was set when we split.  There was no way Joan and I was going to blow through this area without giving it a good work over and that is what we did.  By then, Steve was getting phone calls from the other half of the team who apparently had arrived at the place where were supposed to reconvene and had not seen us.  We ignored Steve's pleas (sorry old chap), to meet with the rest of the team, continuing to bird the area and as a result got some good birds.  The finds, seemed to encourage Steve who by now had realized there was no curbing Joan and I, so he just tagged along.  We finally left the area with some excellent birds, including what turned out to be the best bird of the count, an Ovenbird, which I found tucked away in a brush pile under a Holly Tree.  Brown Thrasher, Field Sparrows, Fox Sparrows, Swamp Sparrow, Golden Crowned-Kinglets and Wilson's Snipe were some of the other good birds found at that location.  After leaving Seatuck NWR, we met up with the rest of the team back at Scully's.

After briefly comparing notes with the rest of the team, Joan and I decided that we were going to split from the group and hit the East Islip Marina before heading over to the Arboretum.  Kathy Krause from the Jamaica Bay Unit of Gateway National Recreation Area, who had shown up to participate, decided to join us and so off we went in search of birds.  After a quick restroom stop, we began to immediately rack up birds for our count, picking up many new species for the day.  I was in the midst of getting Joan on an Eastern Towhee (our first of the day) when the rest of the team contacted us.  They were going to join us at the Arboretum.  We waited for their arrival and again split up the group.

Joan and I broke off leaving the rest of the team to decide if they were going to go as a group of 7 or divide into smaller groups.  We birded the lakeside adding many new day birds including Common Merganser, American Wigeon, Swamp Sparrow, Tree Sparrows, Winter Wren, Marsh Wren, Carolina Wrens, Red-breasted Nuthatch, and Hermit Thrush.  We spent a couple of hours combing the area, then hit a few small ponds on the way back to Scully.  When we got to Scully, the rest of the team were already there and getting ready to leave. We took their count numbers and then Joan and I got together to review our species count before attending the compilation.  Our group ended with a total of 59 species.  Of the 59, we had 4 saves (see my post on Montauk that explains what is a save) that included the Ovenbird.  Overall, the Captree Christmas Count ended with 119 species.  Even though I was working on back to back CBC's, I had managed all of our assignments. It was a terrific day of birding that wrapped up, with a very nice compilation dinner.  Hopefully, I get to do this again next year. P.S. to my readers, sorry I have no photos of the birds seen. When doing a whirlwind run of birding I avoid the camera so as not to slow down the team.

Posted by BIRDINGDUDE at 8:58 AM 2 comments

Posted by BIRDINGDUDE at 6:01 PM 6 comments 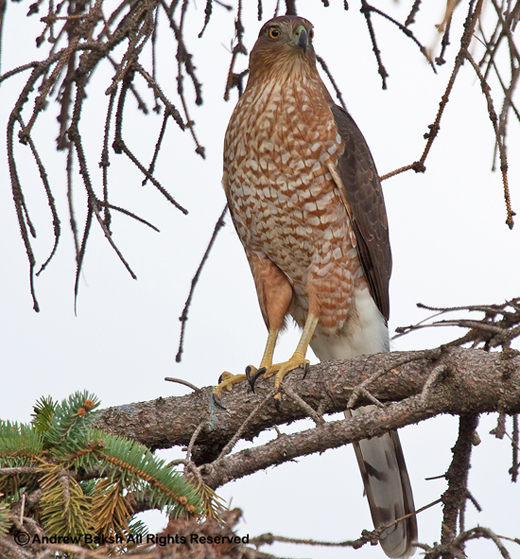 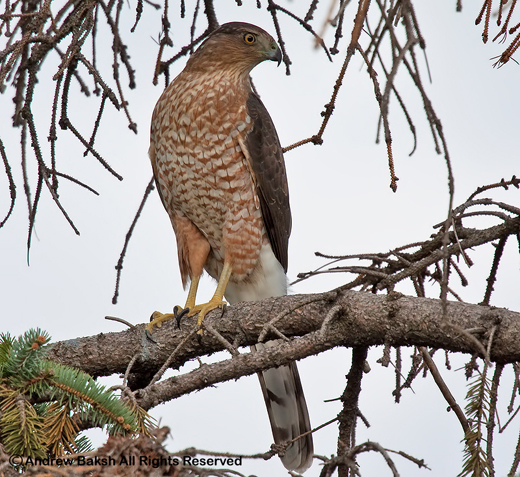 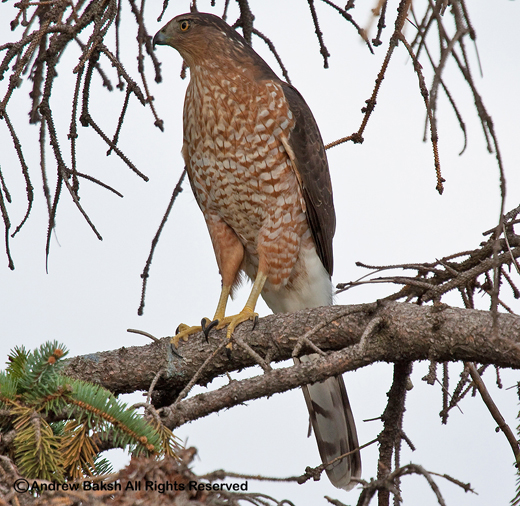 Posted by BIRDINGDUDE at 11:42 AM 1 comments

My day began at 3:00 a.m. when I left my house and met up with my teammate for the day, naturalist Rich Kelly. We took two vehicles into Montauk then used one car for our whirlwind coverage of our assigned route. We had a lot of ground to cover more so because our team was down to only the two of us for our sector.  Rich and I worked well together, each feeding off of our strengths and styles. A good mixture of  "ground and pound" approach coupled with good time management aided us well. While the weather was nice in the 30's, we had to work hard at getting our birds. Our persistence and diligence paid off and we ended up with a decent list. We had some assistance towards the end from Shai Mitra and Patricia Lindsay, but for the most part the list is made up of most of our birds. The birds in bold are those that were SAVES.  A save, is when a team finds a species that no other teams on the count had any record of it for the day.  We had a total of 4 saves. The details on the Montauk count are not yet available, but Rich who attended the compilation dinner indicated that the total count for Montauk was 129 species.

Total Species Seen By Our Team: 71

Posted by BIRDINGDUDE at 12:50 AM 2 comments 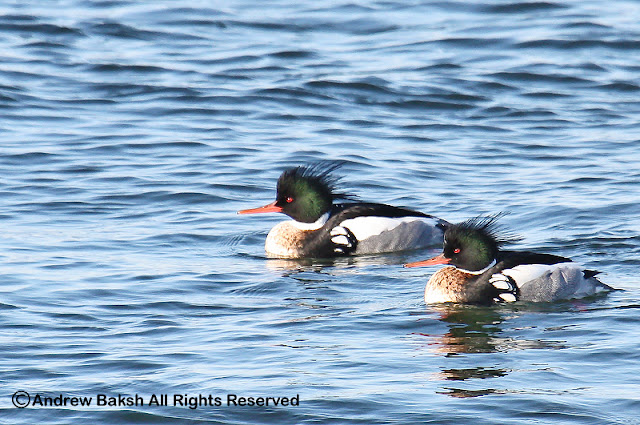 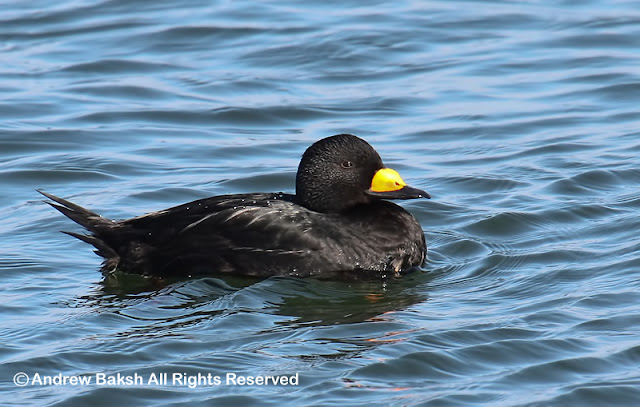 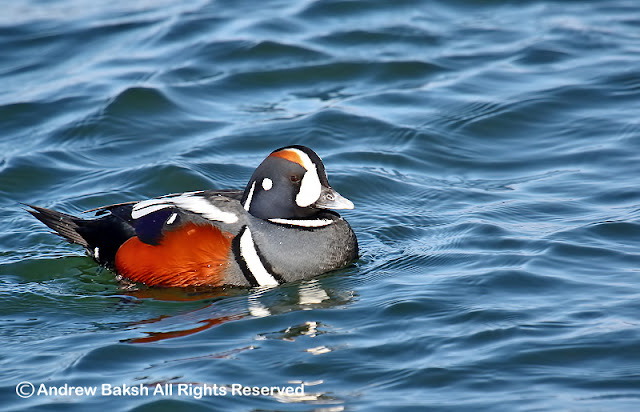 Posted by BIRDINGDUDE at 12:04 AM 7 comments 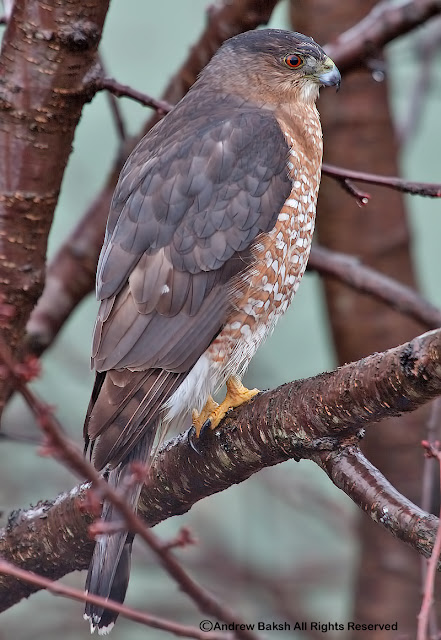 Posted by BIRDINGDUDE at 6:57 AM 5 comments

The few of us that braved the cold on Saturday began our walk by checking out the parade grounds across from the Nature Center at Van Courtlandt Park. We were looking for a Greater White-fronted Goose that was seen on Friday by one of our regulars on the walk and long time Van Courtlandt Park birder, Alex Pirko. After a bit of searching, we did not see our target bird so we immediately headed over to the Van Courtlandt Lake where Alex had found the bird on Friday afternoon.

Along the way we picked up some species here and there, but for the most part, it was quiet, as to be expected this time of the year. Once we got to the North West bridge by the lake we began to search for our target bird. We had quite a number of Canada Geese in the area but no Greater White-fronted Goose. I decided that we needed to change our angle and suggested that we continued past the flock and look back. That did the trick, I picked up the bird moments later, spotting it tucked in behind some Canada Geese. However, our exuberance was short lived; we had barely got on the bird before it picked up and flew off with a small number of Canada Geese.  I watched it in flight and surmised that it was going back to the parade grounds we had scanned earlier.

We continued the loop around the lake and made our way back to the parade grounds where we began to patiently search for the bird. After about 2 hours of sorting through the flock of Canada Geese (we had approximately 2,000 Canada Geese on the field), I found the bird feeding amongst a small group.  It was tucked away among the Canada Geese, in a fenced off area and could easily be overlooked not only in the flock, but also in the many dips in the field.  Everyone got on the bird and for many it was a lifer. I tried my hand again at digiscoping though the chain link fence surrounding the area and took several shots of the GWFG.  Interestingly, in reviewing the Birds of Van Courtlandt Checklist, I did not see Greater White-fronted Goose listed, so this could be a record sighting for the park .  Below is a list of the birds seen on the walk.

Posted by BIRDINGDUDE at 6:56 PM 0 comments 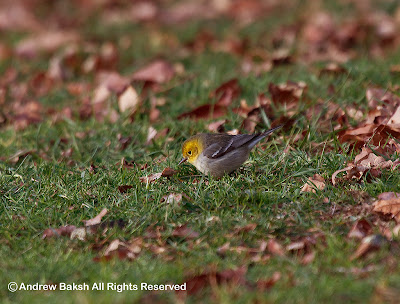 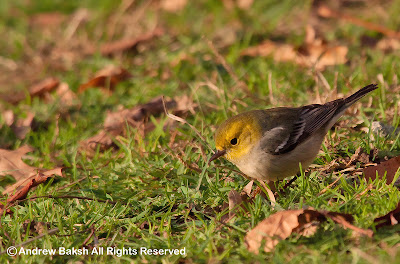 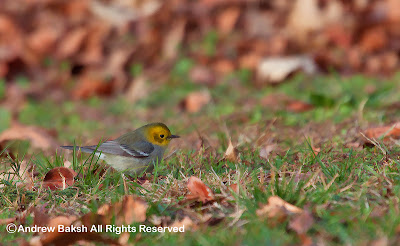 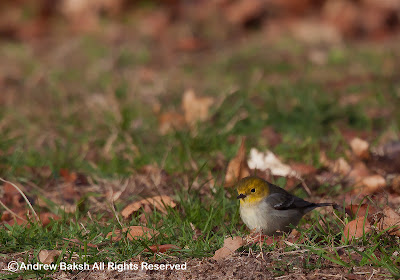 Posted by BIRDINGDUDE at 8:21 AM 1 comments 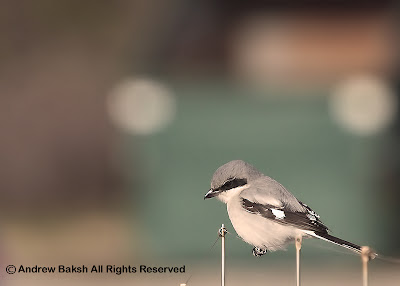 Posted by BIRDINGDUDE at 10:10 PM 2 comments

No, there is no typo in the title. Indeed, a Hermit Warbler was found and confirmed at Sunken Meadow State Park Long Island NY.  The bird was found by Vinny Pellegrino, who was also involved in another good warbler find. A Yellow-throated Warbler, found earlier in the year in the same area.  Today's find was a terrific one by Vinny who immediately reached out to other birders including, Norm Klien and Shai Mitra and thus the identity of the bird was eventually nailed down.  I was at Jones Beach again looking to do some Gull studies and for a look at the Jones Beach Shrike (more on the Shrike in another post).  When I received a call from my friend Joan Quinlan who happened to be with Shai and Pat Lindsay.  Within minutes I was heading down the highway towards Sunken Meadow followed by friends Steve Walters and Andy Guthrie who were in the vicinity of the Shrike and had gotten the message about the Warbler.  We all got there in good time and enjoyed really excellent views from a very cooperative Hermit Warbler.  My hope, is that the bird sticks around for others to see it. If accepted by NYSARC (New York State Avian Records Committee), this will be a state first for NY. According to many of the older birders present today, there was a possible Hermit Warbler sighting in 2002 at Jones Beach, but it was not accepted by the records committee because the subject was believed to be a hybrid bird. From today's, discussion with many of the seasoned birders, it appears the Sunken Meadow bird does not have such an issue. Here are some of my photos from today. 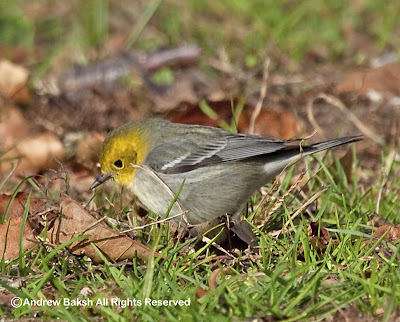 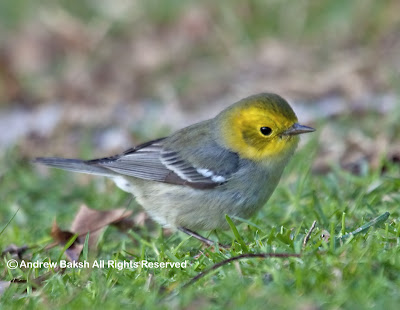 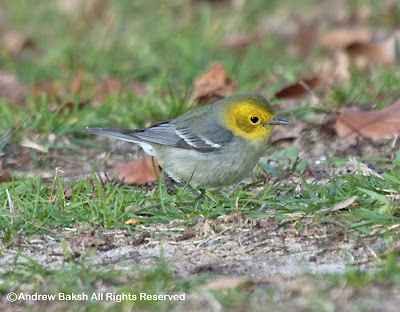 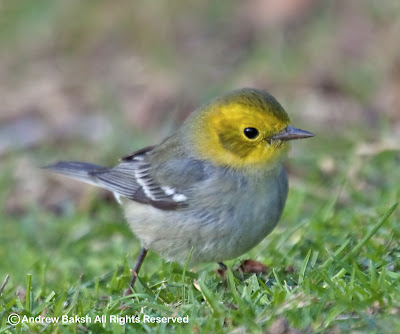 Posted by BIRDINGDUDE at 9:25 PM 8 comments 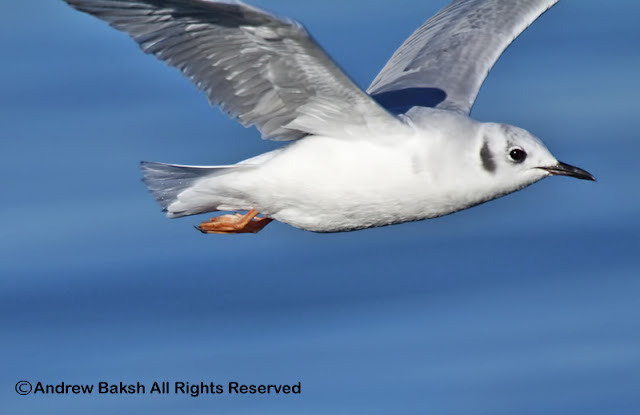 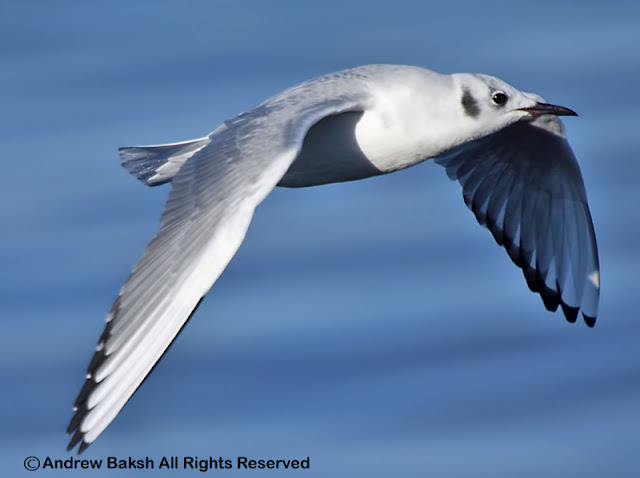 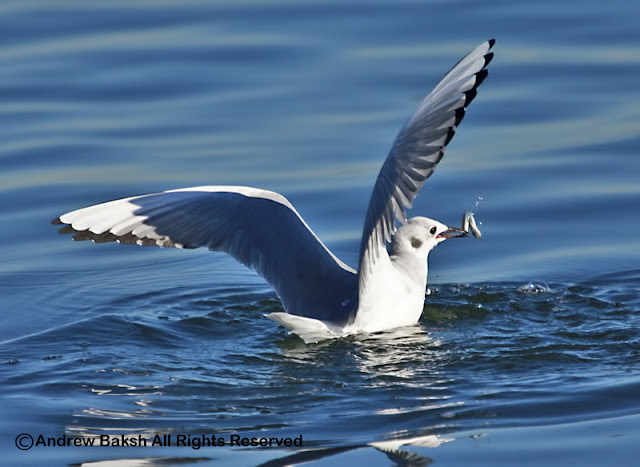 Posted by BIRDINGDUDE at 11:29 AM 7 comments