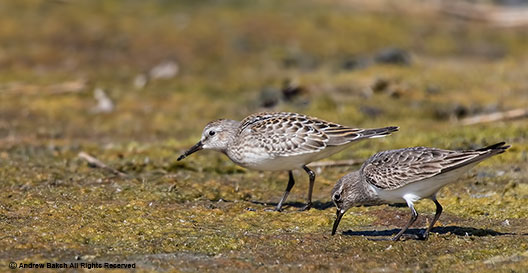 Posted by BIRDINGDUDE at 10:29 PM 0 comments

Its October and most birders by now are cranking up their studies for fall migration. This is where we see a split between those who focus on Coastal migrant traps and others who work Inland migrant traps. For some, the choice is made for them for a number of reasons. Additionally, most birders give up on shorebird season. After all, it's over for the most part, right? Not really. Some of us who would rather spend shore-birding all season refuse to give in to "the shorebird season is over" mantra.

So, here I was today continuing to bird the East Pond at Jamaica Bay taking careful notes of shorebird movement while also noting the arrival of waterfowl. Today, was quite an exceptional day on the East Pond for shorebirds in October. I had 14 species of Shorebirds. The highlight was a juvenile Hudsonian Godwit, 1 American Avocet (continuing bird), 2 American Golden Plovers, 9 Stilt Sandpipers and 41 Pectoral Sandpipers (PESA)- the latter, my highest count ever on the East Pond. I had to count the PESAs several times to ensure that I was not seeing things but sure enough I had 41 and I am quite sure that I missed a few elsewhere on the pond.

Other notable birds on the pond included a Eurasian Wigeon, 3 Caspian Terns and 7 American Pipits. Duck numbers are up with Ruddy Duck and Scaup numbers expected to increase. Let's hope for more shorebirds before the season is indeed finally over.

Posted by BIRDINGDUDE at 11:00 PM 0 comments