The answer to shorebird quiz # 2, is that there are two species in the photo.  The first one is easy as it is a Dowitcher and in this case, Short-billed Dowitchers.  The second specie was a tough one and not many would have gotten this one unless they tried to use some deductive reasoning on what other birds with that size, that I have reported from the East Pond.  Did you figure it out?  It was a Ruff!  The fourth one for Jamaica Bay this season.    Thanks to Pat Bumstead who got 1 out of two.  Way to go Pat and keep up the good work on those shorebirds.  The photo below makes it easier to pick it out the Ruff. 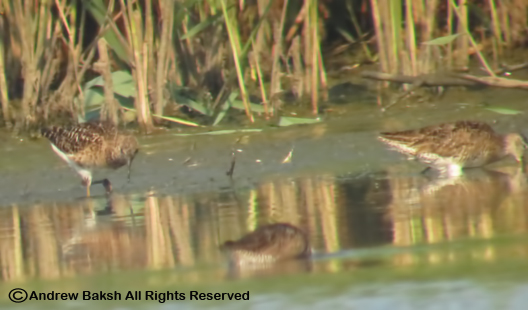 Posted by BIRDINGDUDE at 4:48 AM 0 comments

While the number of shorebirds have fallen off.  The East Pond at Jamaica Bay Wildlife Refuge in Queens NY, continues to be the place for shorebirding this season. Last week saw a number of highlights, including one of my most memorable moments on the East Pond where 5 Whimbrels (Numenius phaeopus) literally dropped in near my feet while I was scoping shorebirds; I had to freeze and control my movements as I backed away in order to get a photo.

Juvenile shorebirds are finally making their appearance in somewhat decent numbers and the diversity although spotty, has picked up with the presence of Red-Knots and Ruddy Turnstones showing up sporadically. In addition, the sighting of a Buff-breasted Sandpiper and an American Golden Plover this week has added to the overall diversity of shorebird species recorded at the East Pond this year.

For those of you interested in this sort of statistics, I have listed below all the species of shorebirds seen on the East Pond alone at Jamaica Bay this season. The total was 31 or 30 if you don't agree with me listing Eastern and Western Willets separately. This is amazing and reinforces that the East Pond at Jamaica Bay remains one of, if not the best site for shorebirding in New York. We just have to ensure that the water level is managed properly during the shorebird season and the birds will no doubt show up.

Here are some photos highlighting some of the shorebirds seen recently on the East Pond at Jamaica Bay Wildlife Refuge.

Posted by BIRDINGDUDE at 10:05 AM 1 comments 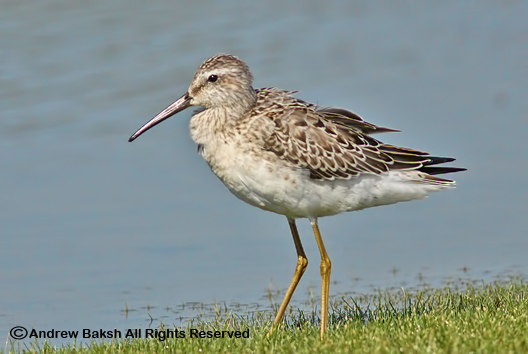 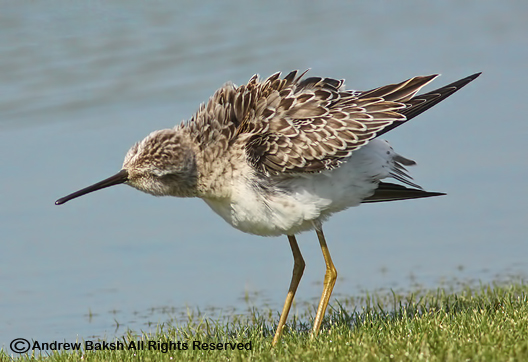 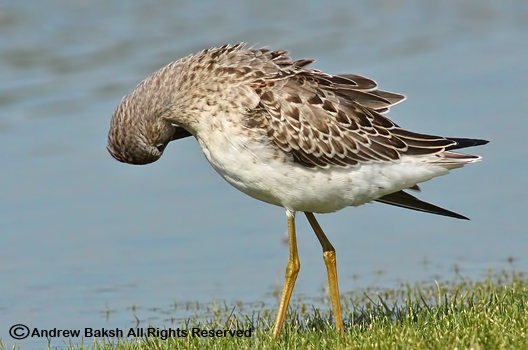 Posted by BIRDINGDUDE at 12:41 PM 0 comments 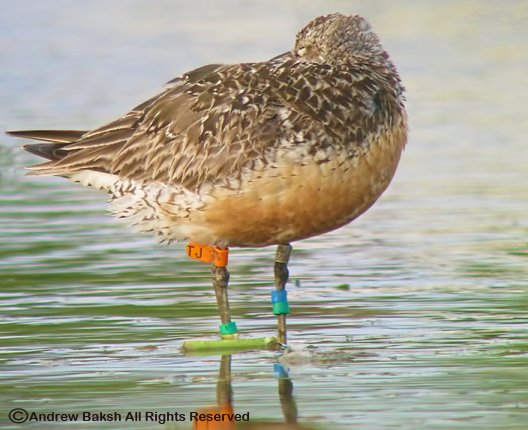 I have an update on the banded Red-Knot that I photographed and documented on August 14th, 2012. This evening, I received a certificate from USGS (United States Geological Survey) which indicated that the subject was a hatched bird from 2005 or earlier from Argentina SA. See certificate for more information below. I hope by posting photos of banded birds and the information gathered in reporting such sightings, will encourage more observers to submit reports of their findings. 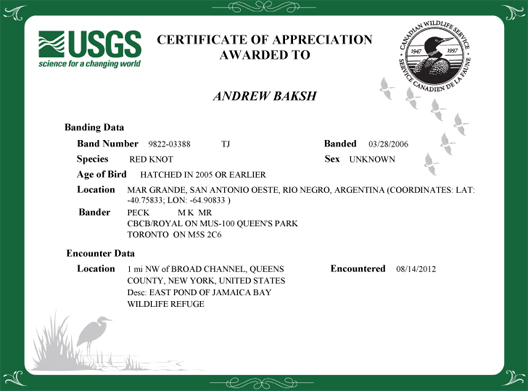 Posted by BIRDINGDUDE at 11:30 PM 0 comments

Coming on the heels of the Two Brown Pelicans (Pelecanus occidentalis) at Jones Beach on Sunday, it was pretty cool to get a AWPE a few days later.  Here is a photo of the American White Pelican (Pelecanus erythrorhynchos), I found on the East Pond at Jamaica Bay Wildlife Refuge, on Tuesday August 14th.  Although the bird took off for the bay later on in the morning around 11:45 a.m., I found it back on the pond in the evening.  However, I did not see it Wednesday morning and the jury is out on whether it continued on its way or is around nearby and will return to the pond. 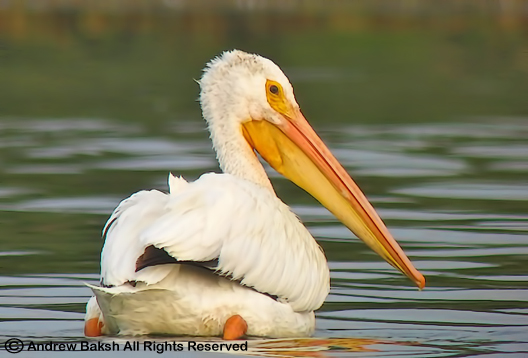 Posted by BIRDINGDUDE at 12:44 AM 1 comments

It has been a while since I posted one, so enjoy! 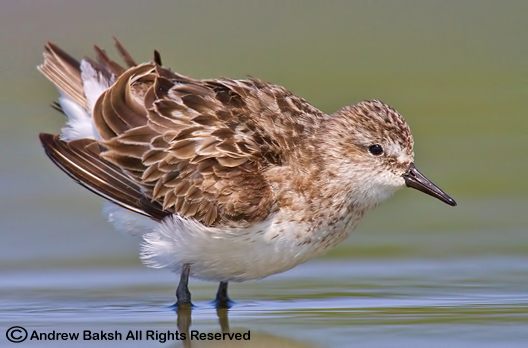 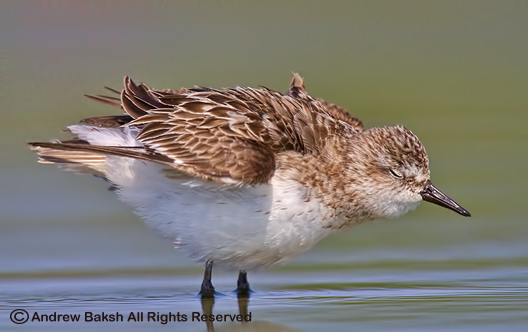 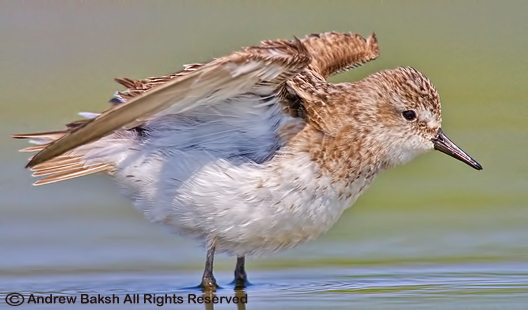 Posted by BIRDINGDUDE at 2:57 PM 3 comments

In keeping with our Shorebird theme for the summer, here is shorebird quiz number 2. Take a look at the photo (see below) and try to identify the species. Remember, post your comments instead of sending me an e-mail. Good Luck! 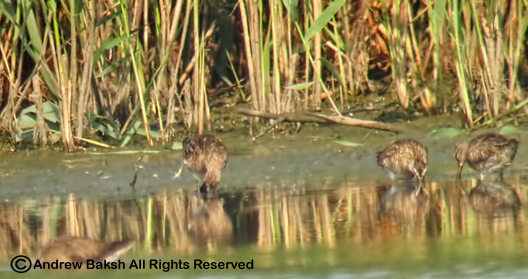 Posted by BIRDINGDUDE at 12:44 AM 0 comments 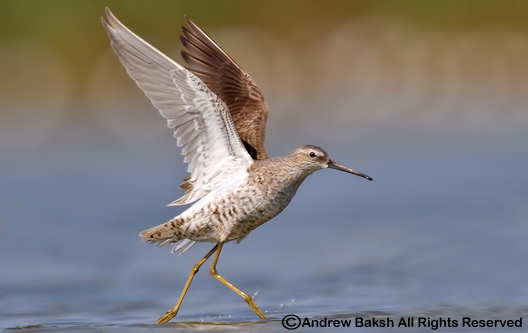 Posted by BIRDINGDUDE at 8:27 PM 1 comments

In honor of the 2012 Summer Olympics!  A shorebird demonstrating how the long jump is done. 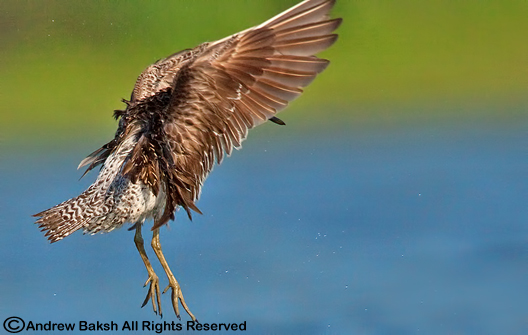 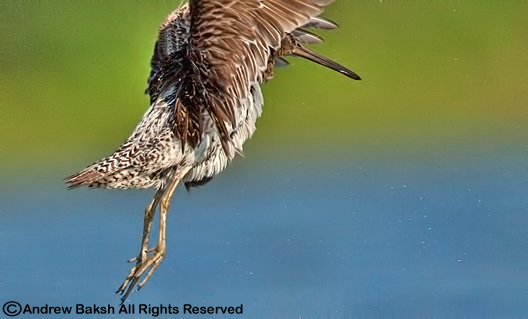 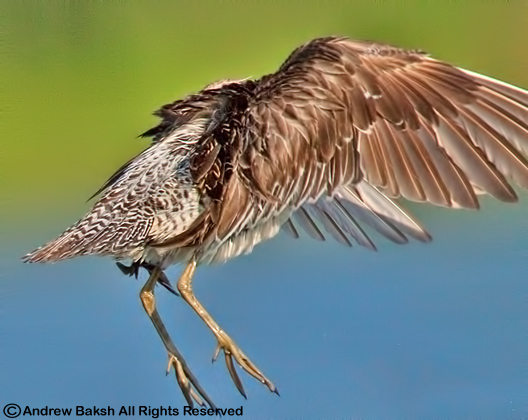 Posted by BIRDINGDUDE at 9:30 AM 1 comments

The East Pond at Jamaica Bay Wildlife Refuge continues to be the place for shorebirding this season. After taking a break on Saturday from the East Pond, I was back on Sunday, where the highlight of the day for me was a spectacular count of 85 Stilt Sandpipers, which blew away my previous season high of 55.

On Monday 8-6, the continuing one American Avocet was joined by 3 additional Avocets making a total of 4 for the East Pond. In addition, Anthony Collerton picked out 2 Wilson’s Phalaropes on the North Island. Unfortunately, it appears that the Avocets and Phalaropes pulled out with a number of shorebirds on Monday night as they were not observed on the pond on Tuesday.

Tuesday’s Shorebird counts are as follows:


Here are some photos highlighting some of the shorebirds seen recently on the East Pond at Jamaica Bay Wildlife Refuge. 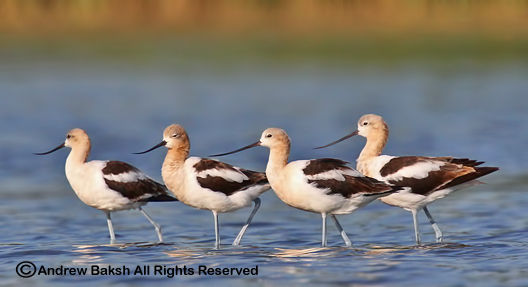 Posted by BIRDINGDUDE at 9:47 AM 1 comments

Need "ruffhage" in your diet? Head over to Jamaica Bay Wildlife Refuge where there is no doubt in my mind that a 4th Ruff was reported by birder Derek Rogers this morning on the East Pond. It so happened I was on the East Pond, on the East side and briefly had a look at a bird mingling with Short-billed Dowitchers that I thought looked like a Ruff (Philomachus pugnax), but I lost it (clearly a case of GI) and could not refind it. After about 30 minutes of searching I let it go thinking I must have suffered from a mild case of "raritis"(credit to Shai Mitra for this one). Half an hour later, I felt the phone vibrating indicating incoming mail and I checked (because you never know when someone was going to report a rarity) and what do I see but a post from Derek Rogers who I had seen on the other side (west side) of the pond. He had found a "Reeve" near the North End as he was exiting the pond.

I back tracked heading south and scoped the bird from the East side. The bird was feeding near the North End and it was definitely a "Reeve" looking "Ruff" or should I say "Ruff" looking Reeve". Confused yet? I remember the July 15th bird appeared to be smaller than Short-billed Dowitchers; however, when I observed today's bird near SBDOs (Short-billed Dowitcher), it appeared much larger. Thoughts of a 4th Ruff, began to circulate in my head. Derek had earlier chalked this one up to the Reeve reported on July 15th, but I was thinking this bird looked bigger and a bit different. Two things made me think another bird. First, the July 15th Reeve had not been reported for well over 1 week and I think with all the excellent birders on the pond, someone would have picked it out, if it was still around. Secondly, this bird showed more white "feathering" in the face, especially at the base of the bill, which was way more pronounced than the July 15th bird.

Another birder, Ken Feustel, who also came in on the East Side of the pond and saw this bird had a conversation with me where he remarked that this bird looked bigger than the Reeve from July 15th, especially when observed near Short-billed Dowitchers. Coincidentally, I had pretty much said the same thing to Michael McBrien another birder who was on the West side of the pond observing this bird. Later on when I saw the legs of today's bird, I was quite certain this was a different bird. Today's Ruff/Reeve legs were more orange looking than the dull gray/greenish looking color on the bird from July 15th.

Trying to determine whether if this is a Female Ruff vs a Male with this one seem tougher, especially since this bird appears bigger. In comparing the photos of the bird from July 15th to today's bird I get the sense that today's bird does not look as delicate as the July 15th bird, which I thought to be a Reeve. If not a breeding adult female, this could very well be the "faeder" type male, which retains the female breeding plumage in an effort to infiltrate and upend the dominant male Ruff by mating with his gal pals.  Check out this video which shows a "faeder" type male allowing himself to be mounted by a dominant male, but then he sneaks up and mounts a female...pretty cool stuff.   I have provided below, photos from today's bird as well as the July 15th bird for review.

Posted by BIRDINGDUDE at 4:04 PM 0 comments