Thanks to some good spotting and quick reaction by friends Shai Mitra, Patricia Lindsay and Joan Quinlan, this Timber Rattlesnake was escorted across the road to its destination. 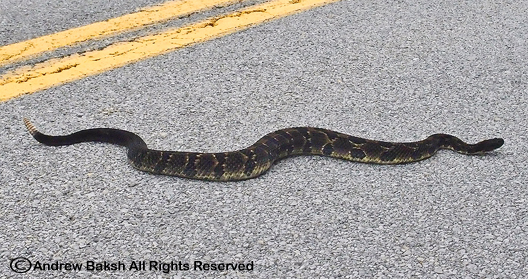 Posted by BIRDINGDUDE at 6:09 AM 3 comments 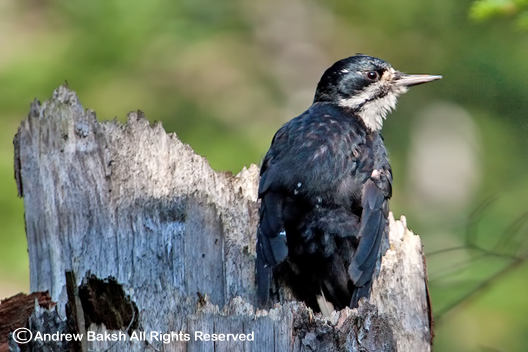 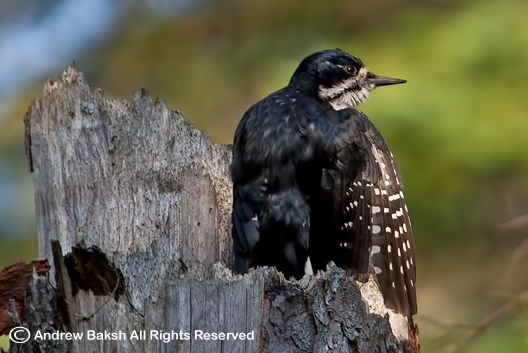 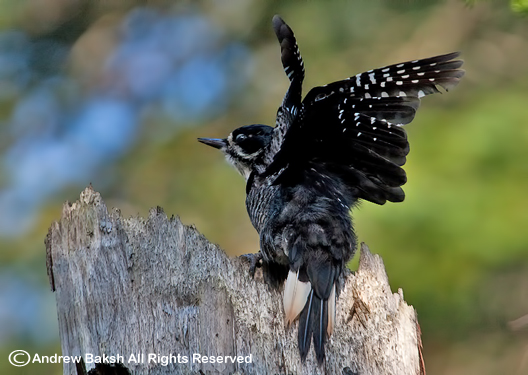 Posted by BIRDINGDUDE at 6:10 AM 6 comments

Birding Cape May with Richard Crossley...

Dear Readers, it is my pleasure to share with you a unique opportunity to bird at one of the premier birding locations on the East Coast while participating in a workshop led by one of the leading expert in the field, Richard Crossley.  Author, Photographer and Birder, Richard is well known for his work in the Shorebird Guide and his own Crossley ID Guide.  For more information please read the following press release. Birding in Cape May

Posted by BIRDINGDUDE at 7:02 PM 1 comments 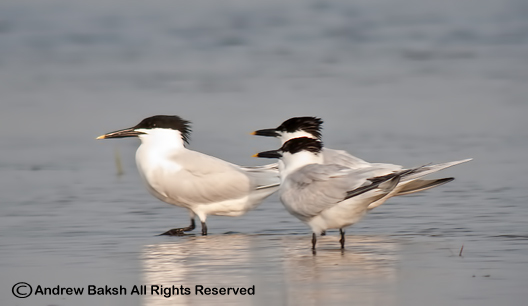 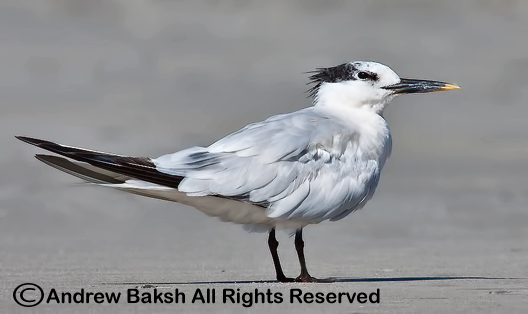 Posted by BIRDINGDUDE at 6:17 AM 2 comments 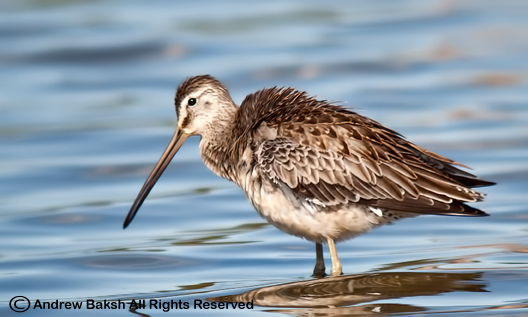 Posted by BIRDINGDUDE at 6:52 AM 1 comments 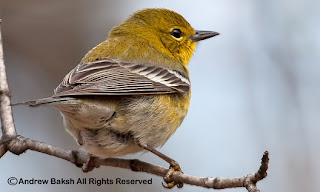 Last Saturday, I was back at Van Courtlandt Park leading my 1st of the 2011 Fall walks. For new readers, this is a program that I lead at Van Courtlandt Park in the Bronx NY, on behalf of NYC Audubon in partnership with Van Courtlandt Park Nature Conservancy. On Saturday our group met up at our usual spot, the nature center near the parade grounds. We did our usual scan of the fields, and picked up American Kestrel (Falco sparverius) (perched on the fence), Osprey (Pandion haliaetus) (flying overhead) and a Palm Warbler (Setophaga palmarum) working the fence line on the parade grounds. We then headed out to bird along the Van Courtlandt Lake. There was little to no activity on the lake, but we did the hike that took us past the gold course. Near the golf course, a female American Restart (Setophaga ruticilla) caught my attention and a bit of phishing resulted in us getting nice looks at our first pocket of passerines of the day. Later on Vault Hill, we hit another pocket of activity and picked up our best bird of the day in Worm-eating Warbler (Helmitheros vermivorum). Having heard that throughout the summer none of the walks had produced any Hummingbirds, I took the group to the restoration area where we had them in the past and lo and behold, we picked up 3 Ruby-throated Hummingbirds. (Archilochus colubris) The group was very pleased and it was a nice way of ending our walk. Below is a list of the Birds seen.

Posted by BIRDINGDUDE at 11:22 PM 0 comments 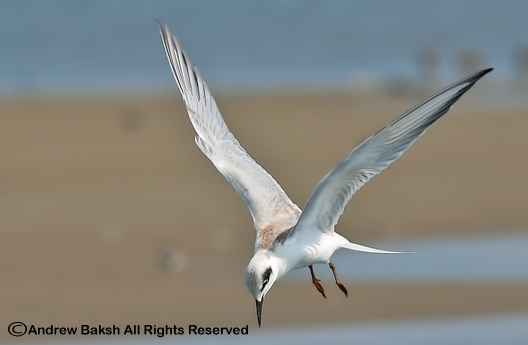 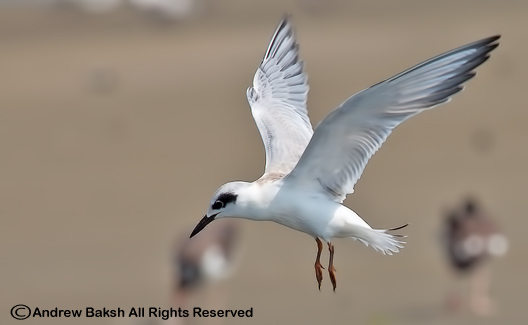 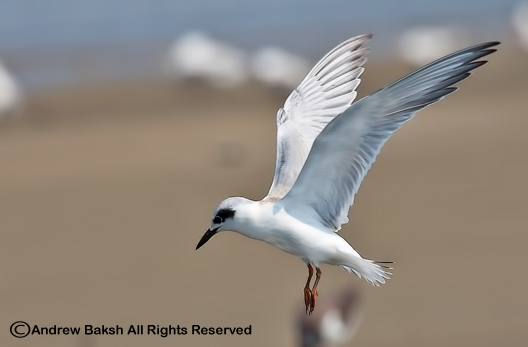 Posted by BIRDINGDUDE at 8:13 PM 2 comments 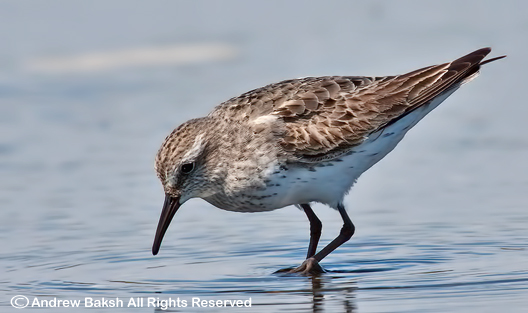 Posted by BIRDINGDUDE at 5:50 PM 2 comments 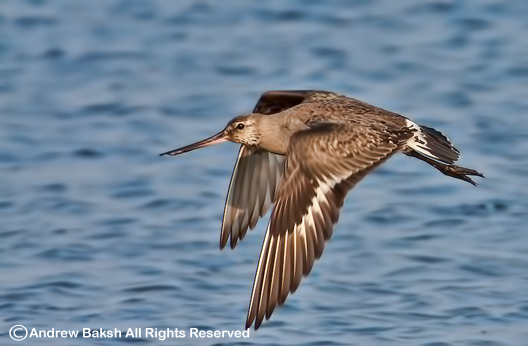 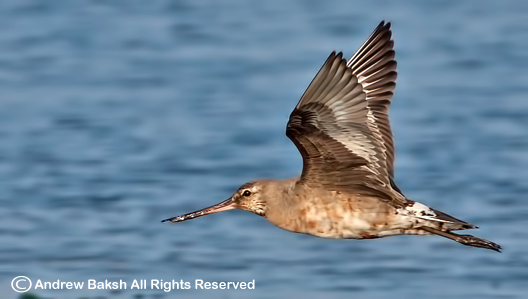 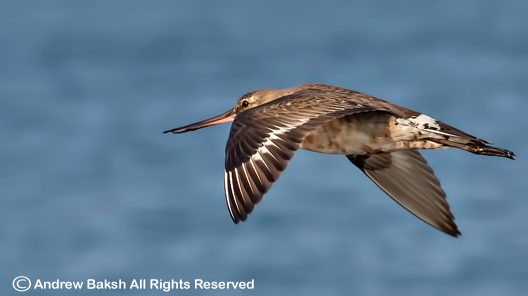 Posted by BIRDINGDUDE at 6:39 AM 4 comments

Despite steady rains and winds I managed to successfully twitch a Northern Wheatear in Croton Westchester late this afternoon. Not sure what subspecies this is, but I am going to guess leucorhoa since they breed the closest to the East Coast in places like Northern Quebec. Here is a poor shot of the bird in fading light. 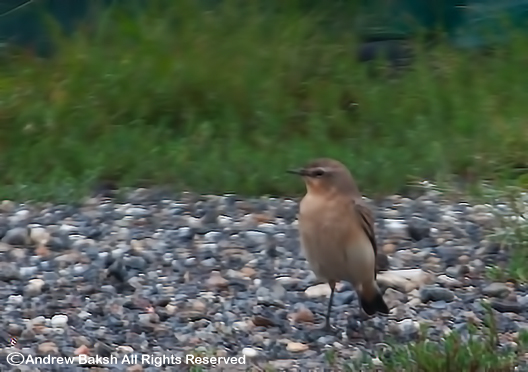 Posted by BIRDINGDUDE at 10:15 PM 1 comments 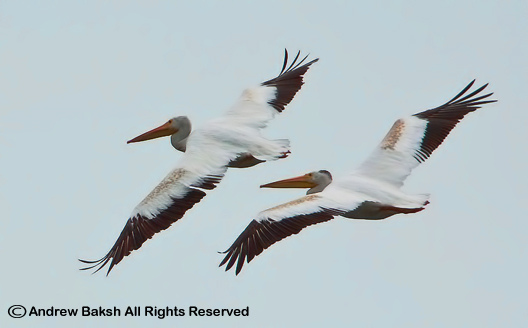 2 American White Pelicans (Pelecanus erythrorhynchos) in flight, seen from a boat at Jamaica Bay Queens New York. According to National Park Service Rangers, the birds have been around since last week and were seen on the bay side of the North End of the East Pond near the outflow valve. It was only until naturalist, Steve Walter's keen eye spotted the birds flying over the West Pond on Saturday, that the birding community were alerted to their presence.

Yesterday, I searched unsuccessfully for them in the morning; then again in the late afternoon after reading a report that birder, Keith Michael, had seen them from the "A" train on the east side of the train tracks. I tried again today and was joined by Tom Burke and Gail Benson. After trying unsuccessfully from land we were able to access the bay by boat where we successfully located the birds on the beach side looking out towards JFK - this is about half way between Broad Channel and the Channel Bridge. The birds were enjoyed by Tom, Gail, Don Riepe and Cindy Goulder. If you try for these birds, first check the East Pond outflow on the bay side, if they are not there you may consider walking the shoreline going under the bridge to get to the beach on the other side overlooking the bay towards JFK Airport. Another option is to kayak or boat out to the area where the birds have been seen. Please take note of the tide table, so you do not encounter any difficulties returning. Another good bird that Tom, Gail and I had at Jamaica Bay Wildlife Refuge today was a Hudsonian Godwit, which was seen on the bayside of the North End of the East Pond. 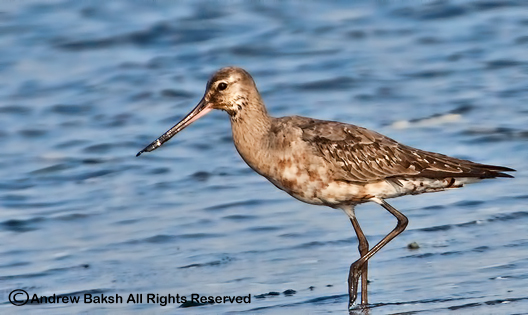 Posted by BIRDINGDUDE at 4:51 PM 8 comments

Here is a Sunday evening exercise, to test your knowledge of Terns.  Take a look at the photo below and try to identify the various species of Terns.  Good luck! 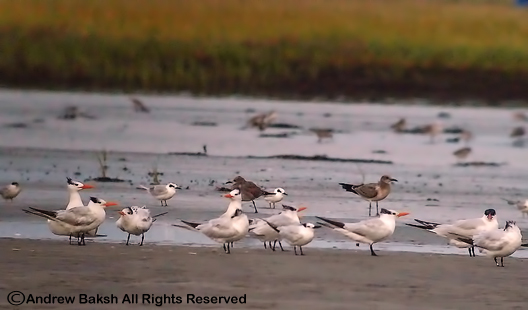 Posted by BIRDINGDUDE at 5:53 PM 0 comments 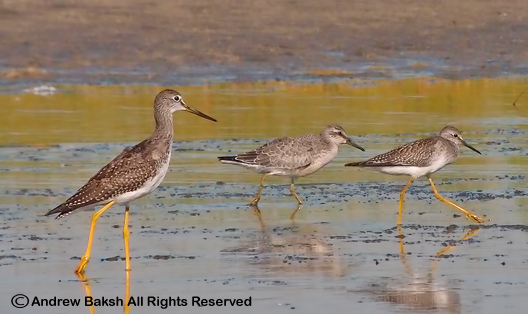 Posted by BIRDINGDUDE at 8:23 AM 1 comments