Posted by BIRDINGDUDE at 11:42 AM 0 comments

There is nothing like a few good birds to get back in the game after being away for more than 2 months. Sunday's find of a Western Kingbird at Edgemere Landfill and Cave Swallows at Breezy Point, all in Queens, wrapped up a rather satisfying few days of birding that started with 2 Franklin's Gulls a Queens county first, which were seen on Friday. The Franklin's Gulls were part of a movement of FRGUs brought on by weather conditions that swept across the upper Midwest and Great Lakes on Wednesday, bringing with it windy conditions that pushed these birds our way. I got a message from my friend John Askildsen just as I began picking up messages from Cape May about the Franklin's Gull invasion. Within minutes, I was picking up multiple reports from Long Island, then later on from Brooklyn. Despite being very close to two Brooklyn locations where FRGUs were reported, I decided to stick it out in Queens.

It was a long day spent checking, Riis Park (parking lot and the beach near the bathhouse), Fort Tilden, Rocky Point Marsh and then Breezy Point. I spent most of my time at Breezy Point and wondered if I had erred in leaving it too late as I was finding very little gull movement at that location. Add the blustery winds, it made for tough birding but I stuck with it and covered all the way to the Silver Gull area and back to the fisherman's parking lot. Leaving Breezy Point, I began doubling back the sites I had checked earlier and at my last stop at Riis Park, I stumbled onto 2 FRGUs, by then the light was going and I knew it was going to be impossible for any other birders to get out in time but I posted promptly anyway. The next day, Saturday I checked a few spots inland but found no sign of a Franklin's Gull. My best bird was an Adult Bald Eagle circling over Flushing Meadow Lake. I never got out to the coast that day as my birding was curtailed due to spending time at Idlewild Preserve in Queens touring with Community Board 13. Thank you Ms. Hill for the invitation--there are good things in the future for Idlewild and I will be involved with that so keep an eye on the blog for updates.

On Sunday morning, I spent some time setting up my backyard feeders as I had heard Pine Siskins flying over. During that time, I picked up a report from birder Corey Finger about about Cave Swallows at Edgemere Landfill. This was a bird I had kept an eye for out on Friday but did not see any. I decided I would check out Edgemere and so headed over. Public access to Edgemere Landfill has always been something of an issue/mystery and when I arrived, I noticed signs clearly indicating that only authorized vehicles were allowed. I proceeded up the Landfill and was pleasantly surprised to spot a Western Kingbird flying over the landfill heading my way. It landed near the gravel road and I was able to confirm the ID while obtaining documentation photos. I reported the bird promptly and then spent some time observing its behavior while keeping an eye out for Cave Swallows. I did not find any Cave Swallows and so decided I would leave to check Breezy Point. 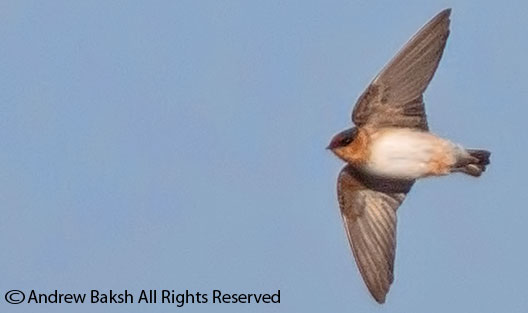 As luck would have it, I connected with 2 Cave Swallows at Breezy Point right at the end of the 4 wheel drive just before getting onto the beach. I ended up counting 6 Cave Swallows that provided very good views; I spent a good 2 hours studying these birds while also checking on the gull movement along the beach. This was the best looks that I have had of Cave Swallows since a couple at Jones Beach in 2010. I tried to pull off flight shots and had an opportunity to crush one flight shot; alas, the camera chose at that very moment to lock up with a lens communication error. While frustrating, it was just one of those things that you roll with and I did not let it ruin an otherwise excellent day of birding!

Posted by BIRDINGDUDE at 12:48 PM 0 comments