By 6:15 a.m. I was pulling into the parking lot at the Jamaica Bay Wildlife Refuge Visitor’s Center. No one was at the refuge as yet, so I got my gear together for a scouting walk on the East Pond. It was August 14th, the day of the annual Shorebird Festival…the 5th one at that and we expected quite a crowd. The previous day, I had worked with Lloyd Spitalnik and Don Riepe in getting the area set up for the festival, laying out chairs, putting out the coffee makers etc. Everything was set; all we needed was good weather, good birds and a good turnout. Before I left for the East Pond, birders, Corey Finger of 10,000 birds, Karlo Mirth and Scott Whittle had arrived and they joined me on the East Pond. We birded up to the Raunt on the South side of the East Pond before Scott and I turned back and headed to the visitor’s center. Scott and I were both asked to help in leading groups for the festival and so we needed to be back at the VC.

Back at the VC, the lot was filling up quite quickly and the center had opened up. Inside, people were already assembling in the conference room for the various presentations while others were getting coffee and other breakfast items. I found an open spot and waited for the presentations to begin. The event started with NPS ranger Julia Clebsch opening with a brief introduction; that, was followed by Don Riepe who talked about some of the pressing items that needed to be addressed in the Bay. Then John Rowden from NYC Audubon did a presentation on the IWASH program (one that I am involved in), which covers monitoring sites for shorebirds and horseshoe crabs. Lloyd Spitalnik then did his photography presentation, which is always popular among viewers.

While the presentations took place, I got involved with a discussion on Long-billed Dowitcher vs Short-billed Dowitcher. Scott Whittle and I had found and photographed a potentially good LBDO candidate and we wanted Kevin Karlson our featured presenter and co-author of the Shorebird Guide to weigh in on the subject. After I cycled through a few photos, Kevin agreed that we had a candidate that looked good for a Long-billed Dowitcher. Scott and I then had a bit of fun with a certain fellow birder who had shot down our suggestion. Once the presentations were over, we all gathered outside the VC where Kevin announced the leaders of the day to the attendees. Our leaders were, Kevin Karlson, Lloyd Spitalnik, Tom Burke, Don Riepe, Adrian Binns, Shane Blodgett, Doug Gochfeld, Scott Whittle and I.

We all headed off to the East Pond on the South End and people mingled in loose groups, changing from leader to leader. I had a good time with those folks that stayed with me and we keyed in on several good birds including White-rumped Sandpipers, Stilt Sandpipers and a Wilson’s Phalarope. By the time we were wrapping up for lunch, many in my group were able to pick up White-rumped Sandpipers on their own and that was quite satisfying for me.

After lunch, we headed out to the North End of the East Pond for the afternoon session and while some people dropped out due to not having mud gear (knee high boots), most came out. We had a good time on the North End, adding American White Pelican, Marbled Godwit, Western Sandpiper and Red Knot to the already impressive list of birds seen for the day. Then, it was back to the VC for Kevin Karlson’s presentation. I had encouraged many birders that they should not miss it and many stayed or just showed up just for that. Like the years before, it was a hit. Kevin walked through birding by impression and showed just how easy it could be in picking out different species in a flock of birds if one knew what to look for. After the presentation, people mingled and shared their thoughts on the day. The consensus was that the festival was a success and many were already asking about next year. I will close this post with a few acknowledgments.
The first is to Tom Burke. Tom, despite an injured leg came out and offered his support as a leader and spent the day at the overlook at Big John’s pond helping birders. It is dedication like this that serves as inspiration to others to do more. The second acknowledgment is to the Gateway National Recreation Area Resource Management Staff who worked in getting the water level down for the festival and for laying planks down at the North East End of the East Pond. My hope is that we all continue to work together in making the Shorebird Festival even more successful for years to come. The third acknowledgment goes to the festival's organizers and leaders, Don Riepe, Lloyd Spitalnik, Kevin Karlson and leaders Tom Burke, Adrian Binns, Shane Blodgett, Scott Whittle and Doug Gochfeld who all volunteered their time to help at the festival.  Lastly and most important, a special thank you to the folks who came out and supported the event.  Without you, there would be no festival; it was important that you came out and that you continue to attend in support of this event in the future.  Here are some additional photos from the shorebird festival - enjoy.

Posted by BIRDINGDUDE at 9:12 PM 4 comments

Baird's in Brooklyn and Queens...

Dear Readers, I am back after a week of birding in SE Arizona.  I have lots of catching up to do, so look out for posts on the Shorebird Festival etc. Of course, I have lots to share on Arizona as well...including photos.

However, my first post since back in NY is of, you guessed it "shorebirds".  It was a gamble I took on traveling out of town during the shorebird migration season, but I had no choice with the dates, so I bit the bullet and went.  It meant, that I was anxious to get back into "shorebirding" and that is exactly what I did.

My first outing on Saturday after my morning walk at Van Courtlandt in the Bronx, took me to Floyd Bennett Field in Brooklyn, where I went in search of a previously reported Baird's Sandpiper.  I found the target bird feeding in and around small shallow pools that were on the runway East of the cricket field.

Today, I went in search of more shorebirds at Jamaica Bay Wildlife Refuge in Queens and was able to pick up 2 additional Baird's Sandpiper on the East Pond.  Additional, shorebirds seen on the East Pond included, Greater and Lesser Yellowlegs, Long and Short-billed Dowitchers, White-rumped Sandpipers, Least Sandpipers, Semipalmated Sandpipers, Stilt Sandpipers and Spotted Sandpipers.  The water was high at the East Pond due to rains and a clogged drainage system (yet again), which is not good news for the many shorebirds who are migrating through.  Hopefully, this is addressed quickly, so that the migrants have a place to feed and rest during high tide in the Bay.

Posted by BIRDINGDUDE at 9:15 PM 1 comments 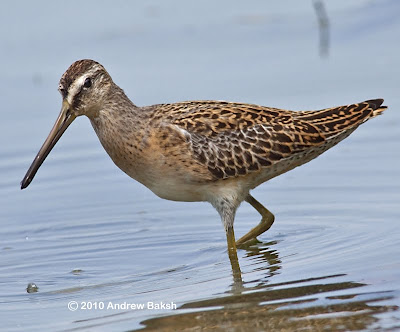 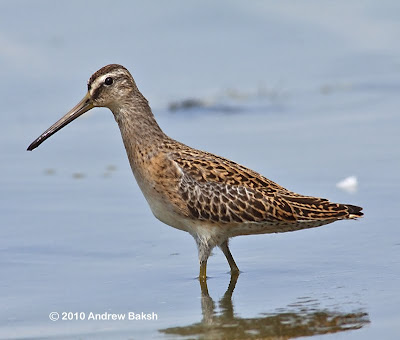 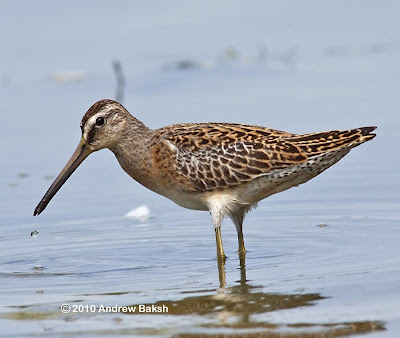 Posted by BIRDINGDUDE at 1:01 AM 4 comments 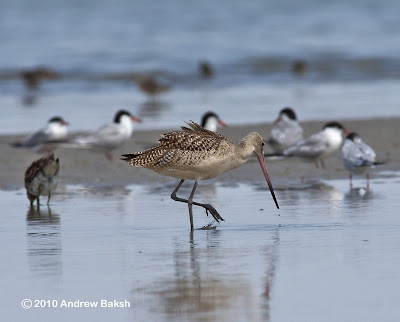 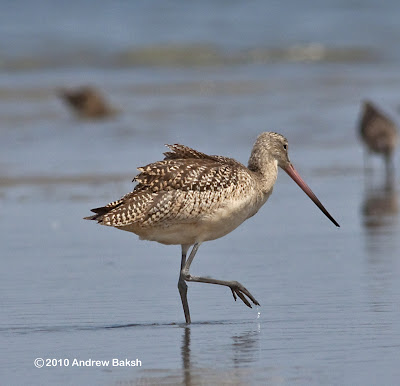 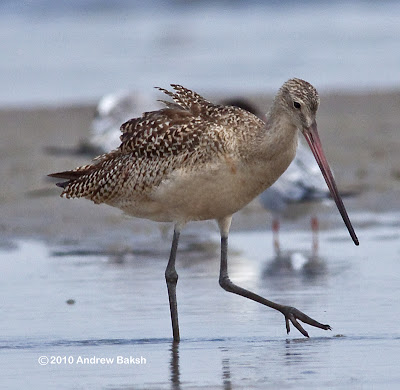 Posted by BIRDINGDUDE at 7:10 AM 3 comments

Friday photos features the Phalaropes this summer at Jamaica Bay Wildlife Refuge. Currently 3 Wilson's Phalaropes remain on the East Pond. 2 Red-necked Phalaropes, one found by Doug Gochfeld and Bobby Kurtz and the other that I found have not been seen since the day they were found, August 11th. Enjoy the photos.

Posted by BIRDINGDUDE at 10:14 PM 2 comments

On Monday, I took a break from Shorebirds and did a Butterfly outing with my friend Rich Kelly. Rich is a fellow member of the NYC Butterfly Club, and an excellent naturalist. We did our Butterfly outing at Floyd Bennett Field in Brooklyn NY and picked up 20 species. Below is a detailed list of species and counts for the day. Enjoy the photos.

Posted by BIRDINGDUDE at 10:18 PM 5 comments 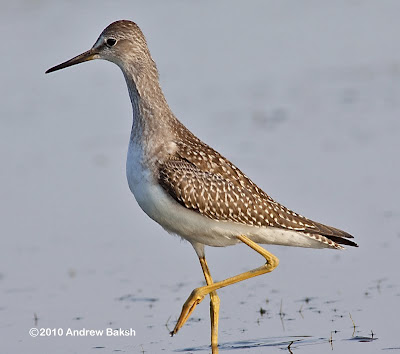 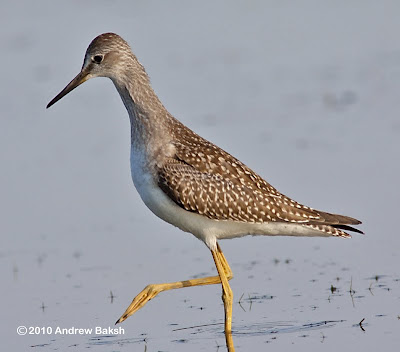 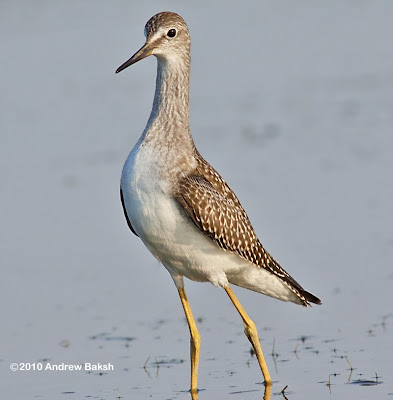 Posted by BIRDINGDUDE at 6:26 AM 4 comments 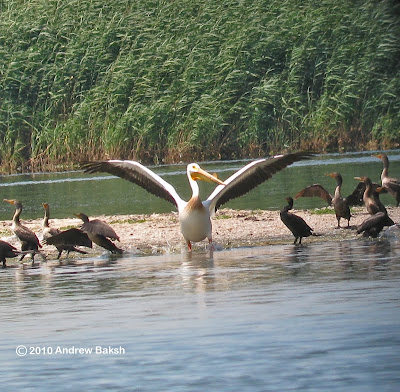 My wing span is bigger than yours said the Pelican to the Cormorant.
Summer is in full swing and with it the arrival of shorebirds. Numbers continue to swell and the diversity of birds increasing. Jamaica Bay Wildlife Refuge, has seen some good birds arriving early, as we already had American Avocets, American White Pelican (2), Hudsonian Godiwt and Wilson Phalaropes. 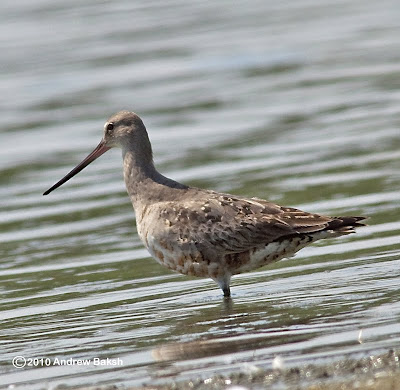 Hopefully we continue to see more birds arriving and maybe we will be lucky enough to get one of those really good gems like a Sharp-tailed Sandpiper, Stint or Broad-billed Sandpiper, all rarities that have been seen at Jamaica Bay. Unfortunately, for me I was not birding then, so I need them all.

Posted by BIRDINGDUDE at 6:41 PM 1 comments 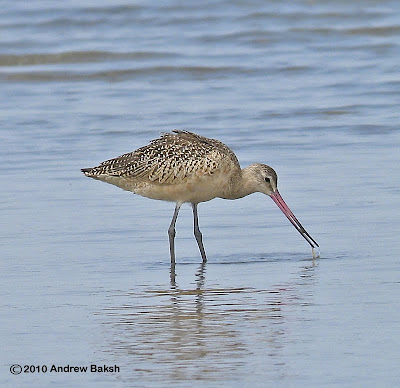 Marbled Godwit, digiscoped on the flats at Cupsogue Long Island.  I ended the day with 7 Marbled Godwits.  More on that when I post my field report and of course I will have more photos.

Posted by BIRDINGDUDE at 11:06 PM 1 comments

Book Review: Nightjars of the World

This week, I received my review copy of Nightjars of the World compliments of Princeton Press. The book is, written by Nigel Cleere, published by WildGuides and is now available for purchase. After pouring through the book, I must say this is an impressive piece of work!

The number of quality photographs of Nightjars, Frogmouths, Potoos, Oilbird and Owlet-nightjars. Many of which have never been published before, is outstanding. Some may cite the data to accompany the photos as well as variation in shots as lacking. For example not many flight shots; but let’s be realistic, many of these birds will be seen in the field just as the photos depict -perched- rather than in flight. The photographs provide a real field like experience that birders will relate to.  For example, the photos of the Tawny Frogmouth on pages 300-301 is a reminder why these birds are so hard to find in the field.

I like the work on the range maps – very detailed and of nice size. The one thing I wish this book had more of, is vocalizations. Especially, since this can often be the only key to nailing an ID in the field. However, Cleere did cover vocalization extensively in his other Nightjar book, which could be used as a compliment to this book or vice versa.

I could not wait to get my hands on this book and it was well worth the wait. With, 135 species of all the Nightjars and Nighthawks, Frogmouths, Potoos, Oilbird and Owlet-nightjars. Hundreds of quality color photographs covering every known species and many of the subspecies, including a significant number of images never previously published. This, is a book well worth having. An impressive piece of work and one I would definitely use in the field when out looking for nocturnal Caprimulgids.

Nightjars of the World,

Posted by BIRDINGDUDE at 12:03 PM 2 comments 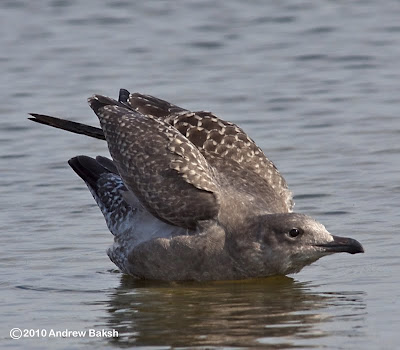 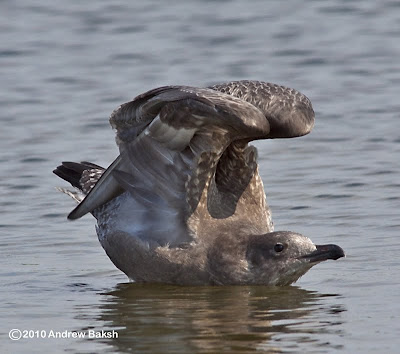 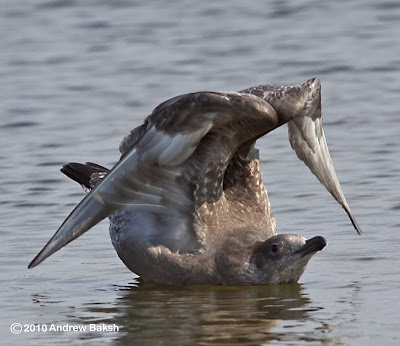 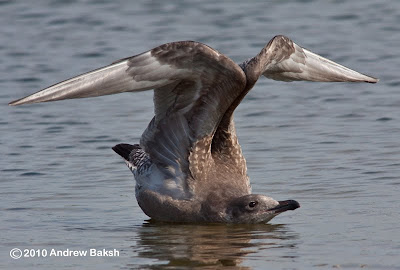 Posted by BIRDINGDUDE at 7:50 AM 1 comments