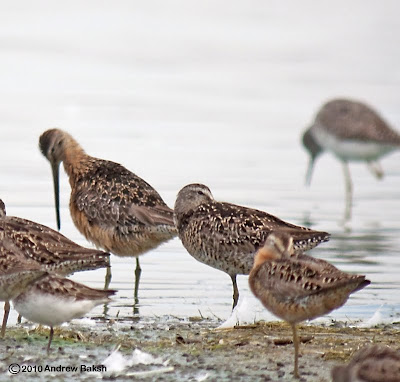 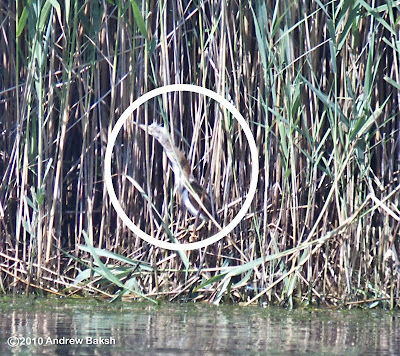 Juvenile Least Bittern digiscoped from a distance.
Friends, Shai Mitra and Patricia Lindsay arrived while we were out on the pond and in no time they picked up 2 Least Bitterns. One Adult and one juvenile. They also had a Long-billed Dowitcher. Shane and I had debated over on LBDO candidate, but let it go because we were not sold on the field marks. 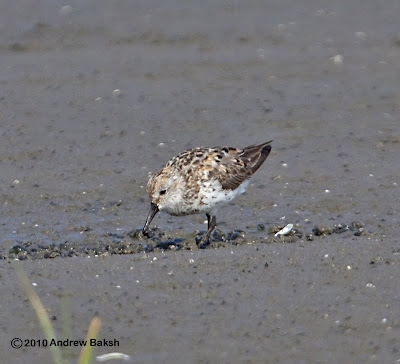 Western Sandpiper with a rather small bill.
Later in the afternoon, I joined Shai, Pat, Joan and Gerta out on Eastern Long Island where we birded Cupsogue. We tried for a Brown Pelican that was seen earlier in the day, but it was not at the said location. Out on the flats, our highlights were Royal Terns, we had 9 out on Pikes Beach earlier, a tiny billed Western Sandpiper and 1 Pectoral Sandpiper, a good shorebird to get at that location. 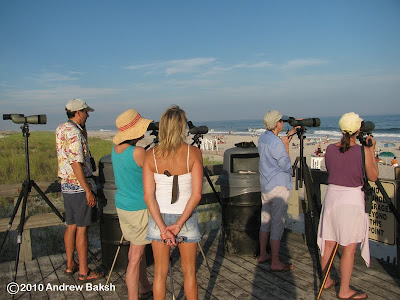 Sea watching with the gang.  Good Times out at Cupsogue LI.
A seawatch after Margaritas produced Greater Shearwater, Whimbrel, Northern Gannets and lots of migrating shorebirds.

Posted by BIRDINGDUDE at 8:42 PM

Howdee..
Looks like some good birdies starting to show their faces.
Great time of year.


Planning a BwBTC bird outing the end of August..not sure of the Date or the place. Suggestions are welcome.
Thinking CT or RI.
Let me know if you are interested.