Mississippi and Swallow-tailed Kites, are noted for wandering north of their breeding ranges in late May and early June. This has been a good spring for these overshoots, with at least 3 Swallow-tailed Kites reported in NY over the past month or so.  My friend Tom Burke for weeks had been saying to me NY was bound to get Mississippi Kites soon; especially, with the recent emergence of the 17 year Cicadas. Tom and Gail Benson had been checking past sites where Mississippi Kites had nested such as Sterling Forest where a pair nested last year. 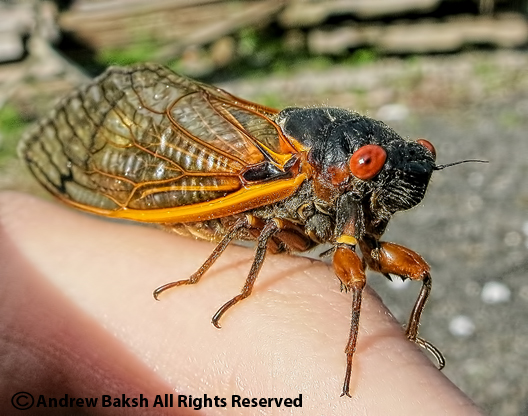 Sporadic reports of a MIKI in Ulster County began to come through within the last two weeks, but no consistent site was established. Then Anthony Ciancimino the Staten Island wonder kid who has this uncanny knack of finding all sorts of goodies in his birding patch reported a Mississippi Kite in...you guessed it. His birding patch, Cemetery of the Resurrection, and photos soon followed.

Coincidentally, New York State's first ever record of Mississippi Kite was from Staten Island 34 years ago when two showed up during a cicada emergence. So Tom Burke's prediction was spot on! I made it out to Staten Island on Saturday and had excellent looks at the MIKI (Mississippi Kite) and enjoyed listening to the humming of Cicadas. It was a pretty cool experience! Later at Mount Loretto another interesting discovery was made with the sighting of a pair of Blue Grosbeaks in the fields south west of Mount Loretto. Significant again for the area as New York's first documented record of nesting Blue Grosbeaks was in Staten Island (Thank you Eric Salzman). I managed a digiscope shot showing the female carrying nesting material. Let's hope the pair nest successfully.

Thank you. Not easy, especially trying to digiscope the female Grosbeak who was quite elusive.

Hi Lisa Ann, Thank you! Yes, those Cicadas are too cool!

Great pics of the Mississippi Kite. The first time I got any pictures of them, here in southern Oklahoma was last year. It took me a while to figure out what they were. They "hang out" around our place in the country for a few months in spring. Love their eyes!