On October 31st Eric Miller, reported a Virginia's Warbler (Oreothlypis virginiae) at Alley Pond Park Queens. The moment the word got out, I was on the phone with Eric. From his description, it sounded solid, but I made sure I asked him questions on what the bird looked like, how it behaved etc. Not that I was questioning the ID, I was trying to visualize what I needed to look for when I went looking for it. This was an excellent find by Eric, with only one issue. It was a single observer sighting with no photos.

The next day, many birders converged on the area and searched, I ended up spending 10 + hours looking, to no avail. But I was not giving up. Unfortunately, the gas shortage from Hurricane Sandy put a cramp in my plans and so I had to hold off on another search until I could get gas and make the time. Then came the Nor'easter dumping several inches of snow and creating even more damage. Finally, today I decided I was putting everything on hold and I was going out to look for the elusive Virginia's Warbler (Oreothlypis virginiae).

7 hours in the park with nothing much to show for it, but I kept on plugging away.  I had just made it up to the green shipping containers an area near the challenge course and began up a trail when I heard a soft chip note to my right. It sounded warbler like and so I began to look for the source. It was quiet and nothing was moving and so I stood in silence and waited. After a bit, I heard the soft chip again and this time I picked up that it was coming from a clump of bushes a few feet off the trail. I was tempted to walk toward the shrub, but instead I stood still listening;  after a few minutes or so, a warbler hopped out. At first, I thought Nashville, since it was in the shadows of the bush, but as it ventured out of the shadows, I saw how GRAY this bird looked.

Eric's bird, I thought. I quickly ran through my head the things my friend Tom Burke, had cautioned me about when trying to separate a Virginia's Warbler from the Western race of Nashville. The wings, I kept remembering...what did he say? No green or green tinge. I carefully checked the wings; no green, the wings on this bird was gray.  I slowly lifted my camera in a manner so as not to alarm the bird and fired off a few shots. All of them missed!! The bird had moved. Swearing, I now had to find it since it was no longer in view. I stood quietly and waited, if it did not fly off, it had to be nearby.

Suddenly there was movement and the bird was closer but hidden. I waited patiently until it came out in the open, but instead of the camera I took another look drilling into my head what I was observing. Pumping of the tail (check), yellow rump (check), yellow undertail coverts (check), bold eyering (check), the wings, the wings...no hint of green. Time again for photos, this time I managed a few shots before the bird moved again.

I took several shots of the bird trying to get it from different angles. It was a busy bird and just like that it was going back into the far bushes. I reached for my notebook and jotted down some field notes, then I looked at my photos. I was convinced, this was the Virgina's Warbler (Oreothlypis virginiae) from October 31st. In my excitement, I called Eric Miller, then I as was speaking with Eric, I realized I should get some other opinions. From folks who had not seen the bird. Tom Burke and Shai Mitra were both contacted; after giving them some description and getting to them images of the bird, they both agreed, this was the real deal. I hope it sticks around for others to get it. This has been one elusive little fella, but now we have images and it will no doubt enter the records; an awesome bird for QUEENS COUNTY.  Thank you again Eric for a great find!  Here are some photos. 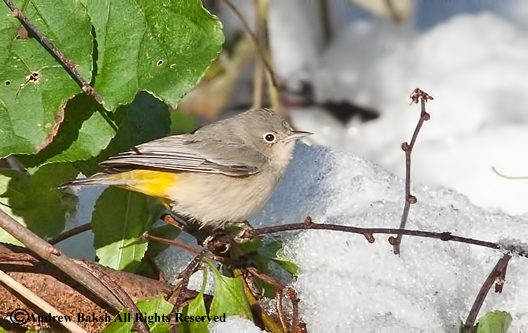 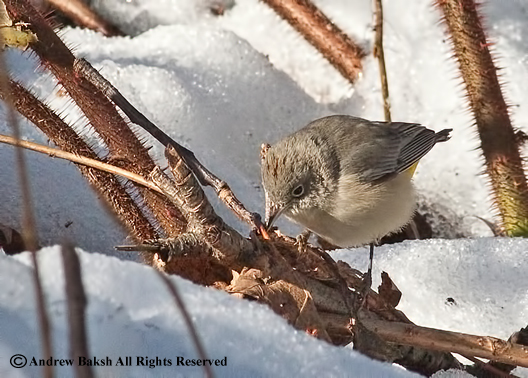 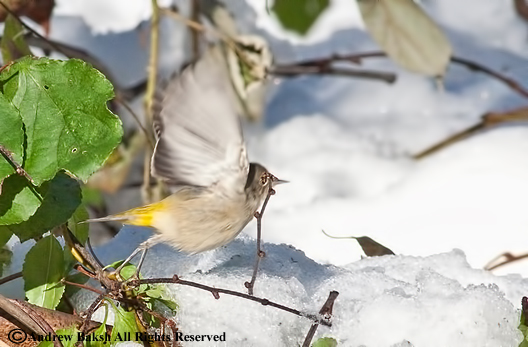 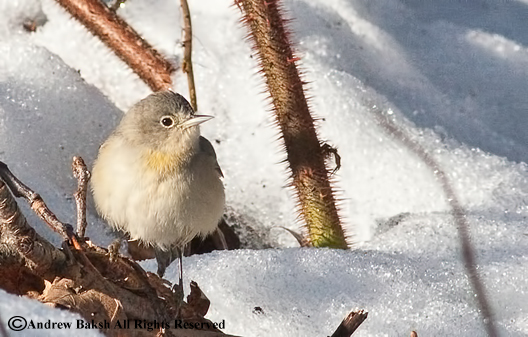 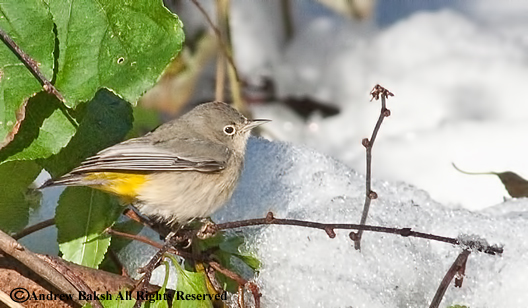 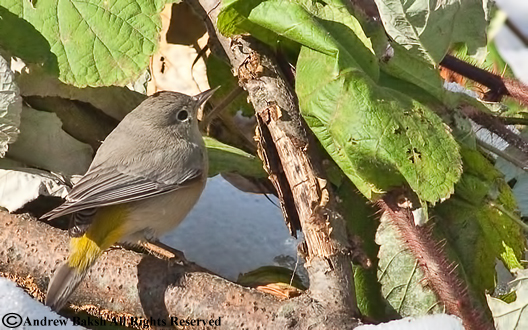 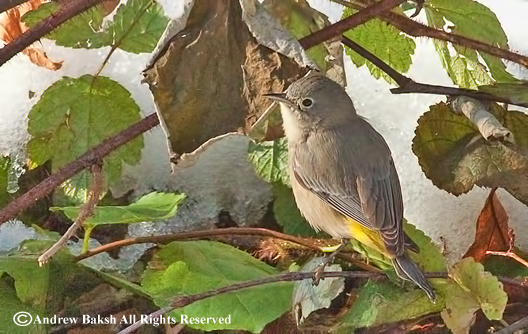 Posted by BIRDINGDUDE at 6:35 PM

Thanks Steve - totals hours searching for this bird was less than what was spent in line for gas :)

This damn bird avoiding me in my own borough. Great (re)find and great photos - I think Eric owes you a beer.

That's a pretty great find, and, I suspect, worth the effort!

Terrific photos. They match Eric's descriptions perfectly. Good job. Good for Eric. Good for Queens. And good luck for us mortal birders in trying to get this bird.

Really, really special Andrew! Thank you for your persistence in providing photographic documentation of this great find by Eric Miller.

Wow, what a great find. Nice to see the photos, nice and clear. Thanks again!

As good as photodocumentation gets! Well done!

Congratulations Andrew!
What persistence. Thanks for sharing your story.

Andrew, this may well be one of THE classic examples of dedication and persistence by a birder trying to relocate a mega and I can see this story being cited by birders throughout the northeast and elsewhere for decades to come. An absolutely valiant effort which was justly rewarded. Congratulations!