NYSOA meeting and the Chase for the White-Ibis - DAY I...

I was looking forward to the New York State Ornithological Association meeting that was going to be held on Saturday, September 26th at the Montezuma Audubon Center in upstate NY. After all, I was going to be hanging out with in my opinion, two of the very best birders in the state, Shai Mitra and Patricia Lindsay. Shai, was in fact the featured speaker; he was going to do a presentation on finding and identifying Shorebirds in NY State.

We left Queens NY around 11:45 a.m. and after a few hours pulled into our first stop along the way, which was Bashakill. We quickly heard and found a Winter Wren then, Nashville Warbler, Black-throated Green Warbler, Red and White-breasted Nuthatch, Pileated Woodpecker, and Blue-headed Vireo. We also heard a Red-shouldered Hawk that was immediately identified by Shai and Pat. The Pileated flew in closer, but did not show itself for a photo and once again I was stymied by stealth from getting my first Pileated photograph. We made a few more stops around various points in the Bashakill area padding our county and trip list, with a couple of nice ones including a Wilson’s warbler, Magnolia Warbler and Indigo Bunting. We also found a Ribbon Snake, which was a nice surprise. 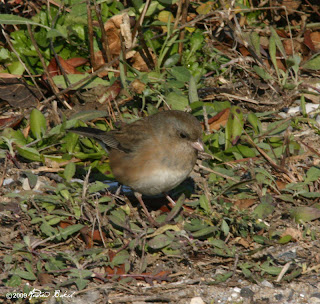 Cognizant of the time, we regrettably wrapped up the Bashakill stop and continued on our way. Our hotel was located in Ithaca and we made one more stop for birding at a spot near Shai’s college stomping grounds. The location was rather quiet, which we attributed to the time as light was already fading, but we did pick up a few more county and trip list species. Dinner at one of the local eatery was tasty, coupled with great conversation and drinks. Our hotel the Clarion was okay with one exception. The side entrance was not keyed so anyone could enter as they pleased and I happened to be rooming in the second room from the entrance. After rehearsing some Kung-fu moves I felt reassured that I could handle any intruder and so put it out of my mind.

Posted by BIRDINGDUDE at 9:48 PM

Look forward to your next post..
Want to find out if you used your kung foo moves..and what birds you saw.