Century run in the Bronx NY...

No, it is not some cricketer's score, but an annual event where teams of birders try to find as many birds as they possibly can in a single day.  I decided to do this mission with Andria, who was a good sport but by the end of the day was so fatigued that she may not want to bird with me again.  And who could blame her after all, I could be quite the maniac birder especially when on a task like this one. 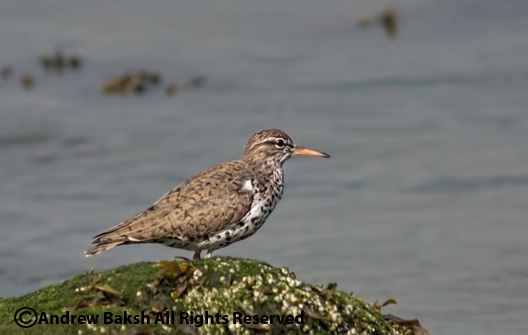 One of the main reasons why I decided on the Bronx was trying to find and explore other places to bird.  Yes, crazy as it sounds, I was attempting to do a century run while exploring new habitats.  That in itself probably harmed our efforts to get to 100.  We covered several areas such as Pugsley Creek Park, Castle Hill Park, Turtle Cove, Pelham Bay, Orchard Beach Pelham Bay and Twin Island Pelham Bay.

However, due to the weather conditions there were several good spots that we did not get to visit, that I am sure could have taken us to and past the 100 mark, but I was happy with the result for a 1st attempt.  With a bit more planning and scouting, I bet this would be easier the next time I take a crack at it.  Oh and if you were wondering, we finished 8 short of the coveted mark.  Some of the better birds we encountered along the way included OYSTERCATCHER, WILLET, SEMIPALMATED PLOVER, YELLOW-CROWNED NIGHT HERON, MARSH WREN, CLAPPER RAIL, WILSON's WARBLER, BLACKBURNIAN WARBLER and HOODED WARBLER (a Bronx first for me) to name a few. Below are a few photos from the day.