Ever get that feeling of deja vu?  Well, I was starting to feel that way this afternoon when I got a phone call from Steve Schellenger (thanks Steve) who informed me that a Yellow-throated Warbler (Setophaga dominica) had been re-found this afternoon by Colleen and Bobby Veltri at the edges of 76th avenue and Cloverdale Rd near Alley Pond Park.  Was I going to be too late for this bird as I was earlier in morning?

Time management came to mind as I put the sirens (imaginary ones) on and headed out to Alley Pond.  Earlier today, I had left for Alley Pond later than I wanted to; while on my way I had received a phone call from Bobby Kurtz reporting that he had found...you got it, a Yellow-throated Warbler.   When I got there, Bobby had last seen the bird 15 minutes before I arrived.  While searching, with Bobby and then Arie Gilbert who showed up sometime after I did, I heard what sounded like a broken song of a YTWA, but could not locate the source.  Many other birders showed up and together we searched for quite sometime, but we could not find the bird.  Bobby Kurtz indicated that he had the bird sing twice in the time he first found and observed the bird and I had heard a short/broken song, so we looked as well as listened to no avail.

We consoled ourselves with looks at Louisiana Waterthrush (Parkesia motacilla), Swamp Sparrow (Melospiza georgiana),  Pine Warblers (Setophaga pinus) and Rusty Blackbirds (Euphagus carolinus), but everyone's mind was on the YTWA.  After several hours of searching we reluctantly filed out of the park.  I indicated to the group that I would return to give it another go; Steve Schellenger and Arie Gilbert indicated that they were game for another search and would also return.

About 45 minutes later, Eric Miller called to let me know that he was going to meet up with several other birders, that included Colleen and Bobby Veltri (the folks who later found the bird), to look for the YTWA.  I indicated to Eric that I would join him in a few minutes, but then I stopped to run some errands (my good deed).  Thankfully, no good deed goes unrewarded and with spot on directions from Arie Gilbert (thanks Arie), I arrived and got on the bird, plus got some photos, which I have included below.  Based on the look and photos, this appears to be the short-billed, white-lored D. d. albilora type which breeds in Sycamores throughout the Midwest.  I totally enjoyed this bird, soaking in the fact that this was a much nicer look than my first Queens County Yellow-throated Warbler; it was also neat that I was able to get on the first YTWA for region 10 in 2012...plus it was in Queens. 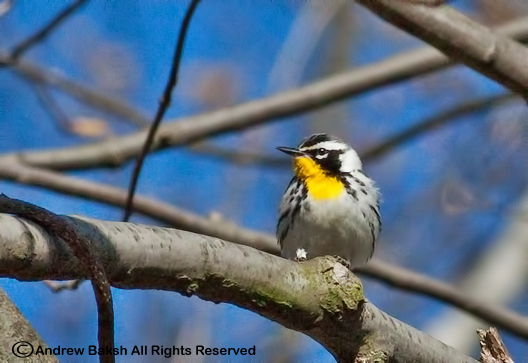 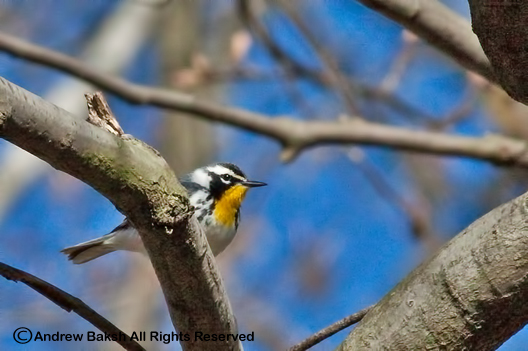 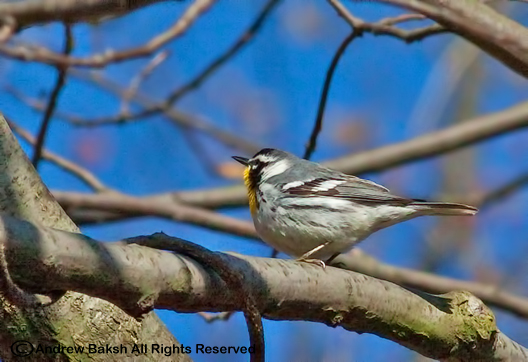 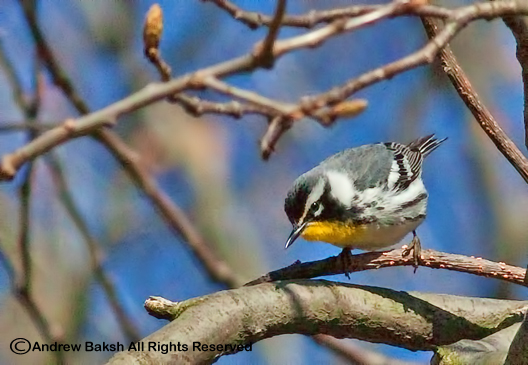 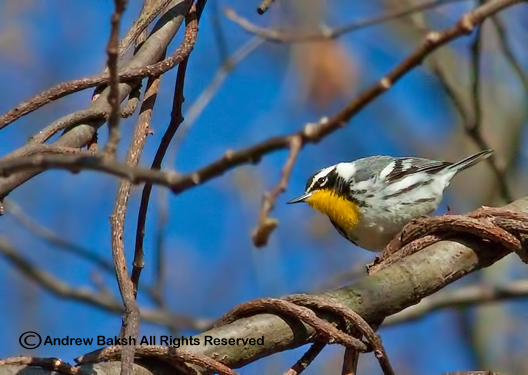 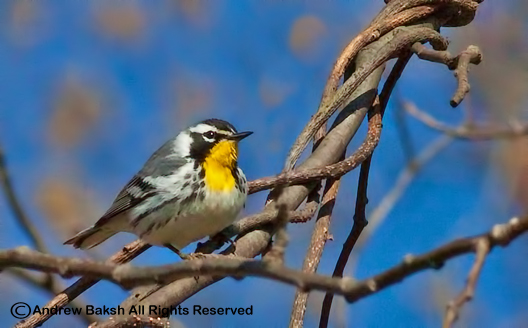 Posted by BIRDINGDUDE at 8:33 PM

Way to go, Andrew. You got some great photos, too.